Because CA are technically calvary they can receive +5 bonus damage against archers meaning they deal 8 damage to skirmisher I’m not sure why you would make Skirmishers against Burmese or need to invest into CA in order to take care of them but it’s something. However, they also lack the second armor upgrade and TBR. TBR is very important on CA and the 3 PA is very important against archer. Handcannoneers, Janissary and Conquistadors all have high attack and a slow ROF meaning missing PA is less important against these units making these matchups the best argument for Burmese CA viability. However, there are two other CA UU that Burmese could have access to in very specific circumstance the Genitours and the Kipchaks. The Genitours have received a recent buff and the lack of TBR does not affect its ROF and since Genitours are already an anti-archer specialist there is a good argument to be made for their viability with elite Genitour boasting +10 BD vs archers and 5 PA it could be actually make for a devastating Glass Cannon against other archers. However, I do question the efficacy of combining Burmese and Berbers in a team game. There not much to be said for Kipchaks they are just as fragile as CA but the 5BD when combined with the 3 extra arrows could give them a niche against units archers with high PA. In order to get to the position where these units are maybe viable in a very specific niche you need FU and SeigeRam, also Burmese lack SeigeRam.

It’s useless for Burmese HCA, it’s also useless in TG because if you are allied with Berbers or Cumans, they can already build their own much better versions of genitours/kipchaks anyway, so why bother? Like the best thing to do would be to extend the bonus to arambai and that’s it.

Berbers or Cumans, they can already build their own much better versions of genitours

I think it is situational very situational +10 against archer is no joke, is it enough to offset -2/3 and -10% Accuracy? maybe you are now more vulnerable but they still have 60 Hp and 5PA but low survivabilty is less of a problem for trash units, and against skirms you only take 1 more damage and 2 for Slingers and Kipchaks.

Does it not? the Description says Calvary instead of Stable units. Farimba clearly state that it only affects Stable units otherwise Malians would have the best CA in the game.

From Age of Empires wiki
“With [update 56005], Manipur Cavalry gives cavalry units +5 attack against archers and no longer affects Arambai.” 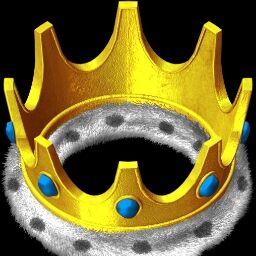 Manipur Cavalry is a technology in Age of Empires II HD: Rise of the Rajas that is unique to the Burmese and can be researched at the Castle once the Imperial Age is reached. Once researched, it gives cavalry units +5 attack against archers. As the...

That makes sense. That is why arambai will be too weak againts conq manguda etc

another ambiguous civ bonus/tech, cavalry in this context means melee mounted units ONLY

if it said “mounted units” it would mean CA as well, like the gurj civ bonus

i think its a great idea, i think manipur should affect all mounted units

Not Ambiguous just completely. The Indian and Berber bonus and Farimba Specifies that it only affects stable units make it abundantly clear that it should not affects not affect cavalry archers. I assume this inaccurate wording is from when Manipur affected Arambai.

ok man, be another forum member that doesnt listen to advice. just because some techs/bonuses arent ambiguous, doesnt mean all others arent

because it doesnt affect UU melee cavalry, so of course it would say stable units