Disclaimer: I have no way of knowing if it’s really him.

r/aoe4 - My opinion on what should be patched

"Hello i’m Marinelord, i’ll be giving my opinion on what need to be fixed urgently right now to make the game better, i know a patch is coming soon so it may be useless but who knows some ideas may be used for future patches

Nerf proscout, in my opinion two options are possible, either make it a castle age upgrade, or make the scout carrying a deer way slower/easier to kill? I’d prefer the first option

Trebuchets needs less randomness in its shoot, also might wanna reduce their cost

Nerf to demolition ship at imperial? Dunno if its still considered a bug or not at this point

French hulk will never find a good point of balance with the current design, a galley will simply never be able to deal with this unit due to its nature, if thats a possibility i just hope at some point that you replace this ship by something else, its pretty much an autolose against some ships and an autowin against galley

I wouldn’t change anything for now, if a proscout nerf comes in it might make the civ good enough

If you fix all the bugs the civ will be in a really decent spot balancewise, the power of their water control might be too strong on some river map, after a mongols nerf they might become the best and only options on map likes mongolians height

X15 to imperial tech is a little bit too much, especially for university’s upgrade, might wanna look into that

Rus is my opinion stronger than mongols on land map right now, but purely due to the fact they can get to castle age with ease and reach the possibility to make horse archers, if the attack speed fix is enough then great, otherwise i’d look to make this unit more expensive

Potentially look into a small golden gate nerf, maybe 1 ticket every 1min15 instead of 1min ? Don’t think a massive nerf is needed if meta shifts away from proscout and from horse archers then kremlin might gain popularity

Nerf to lodya’s ship ability to change form, should be more expensive and take a bit longer

Almost the same as brit ! If proscout gets nerfed enough then abbassides will rise in popularity

Camels from the stable should get a small HP buff, they are too squishy against pretty much everything

Maybe look into a slight buff to the age up of abbassides, it feels maybe slightly too long to get to the next age, potentially give a better cost to few unique upgrades they have

HRE seem midtier right now, they are either super strong or super bad depending on maps and match ups, super hard to balance well

Potentially needs to nerf Palace of swabia and the reignitz in the near future,

China is extremely decent pretty much everywhere right now, the only thing that is way too overtuned is the clocktower and their overall lategame siege

Make clocktower 20% more hit points? seems like a huge nerf but it will still be one of the best building in the game

Strong tune down to the firelancer

Oh boy that is a complicated one, its honestly the most imbalanced civilizations by a huge margin, i think the fact they dont have walls/castle is cool, so if we wanna stick with that we have to make their tower weaker in the early game but can’t touch their cost as its their only defenses

The khan is way too strong, particularly at castle age, it needs to be undertuned ALOT

The khan dying isn’t big enough right now, need to either nerf the cooldown of the respawn, or to make the player pay to remake it

Stone cost of pretty much everything needs to be higher

Yam networks needs to be nerfed, either make it affect only infantry/army or only villagers, right now both the mongols army and economy is too strong

Massive nerf to the steppe redoubt, 50% goes down to at least 20% maximum in my opinion

I think mongols is just the best at pretty much everything for now, considering your approach i’d say nerfing their economy would be the play, while keeping their strong aggression/mobility, hope you can find a way to do that !

I’ve heard that devs read some reddit/forum thread, but i hope i can send my opinion about the game directly to them next time !"

Totally agree and also, you are a manly man

its honestly the most imbalanced civilizations by a huge margin

Nah this guy just needs to git gud, finish Art of War or something duh.

I agree with everything. Especially that HRE is really hard to balance. While they have problems with aggressive factions, they are a nightmare for slower factions.

HRE is really hard to balance

I agree, but the problem with nerfing their landmarks is that they have nothing else going for them, really… it’s all about the Regnitz into Swabia, there’s no other play. In order to remove some things there needs to be replacements, and I don’t see them coming any time soon (new units for existing factions, for instance).

Maybe give my boys landsfdcgfknets some HP buffs. They get countered by every non ranged unit out there, throwing away gold like a pimp ;(

Also wouldn’t mind seeing buffs for the other non used landmarks in all ages.

So Abbasid is mainly not interesting because of pro scout? Really don’t feel that on my end. Feels like a careful and general approach in balancing, what might be the best to do first. I however would like to see some more changes to make the civs more interesting for different approaches. Seems like Mongols is the only civ with more than 1-2 viable paths.

I play HRE a lot and I know when to attack having played it a lot. A good player can easily deny relics by making more units than HRE early game. Which is not hard. A good HRE player will build Regnitz around 7:30 if going completely naked, or around 8:30 if they got professional scouts to be on the safer side. At any rate, knowing the age-up timing is 75% of the battle. You just gotta make enough units to contest relics prior to that.

Even if the HRE gets all 3 relics, delaying relic dumps alone is a huge win, because, if the relic dump is delayed, the HRE player would have sat on a worthless piece of landmark for that much longer.

I agree that Swabia might need a nerf. MIGHT. When punishing a fast imp HRE, I see players make the mistake of pushing with too many siege units and not a lot of crossbows and knights, failing to recognize that they will not have the critical mango mass to kill upgraded MAA that fast at that stage. Skipping out on siege and spamming crossbows and knights is the way to punish fast imp HRE.

Yam networks need to be nerfed, either make it affect only infantry/army or only villagers

So he wants to make the Mongols more of an infantry civ? WTF?
I would say, Yam needs to affect traders and all cavalry and horsemen units maybe giving more bonuses but nerf all infantry.

The Mongols already had their nerf, they no longer have second age spear knights. The advantage of the mangudai is that he attacks while moving so he only counters with archers, they cost less and take less time, I did tests with a friend. If they don’t analyze, English: they take out archers in 7 seconds. Delih: Archers come out in 7 seconds with the scholar. Chino: they take out archers in 5 seconds with the officer. Russians: they do not need aldenos in gold so they can make two arches. HRE: with the boom of “aquisgran” you can do double archery. In addition, the Mongolian is vulnerable without walls, which requires attacking and defending at the same time, as well as seeing what the opponent does with the explorer requires practice and that is what is deficient in the players. Therefore do not change the game without analyzing it thoroughly, which will cause more problems in the chain. 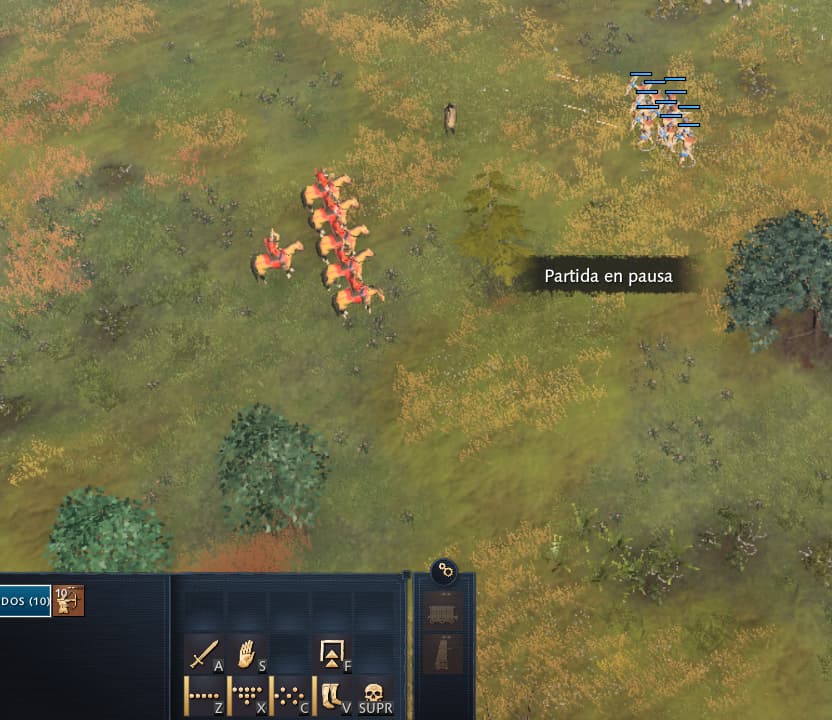 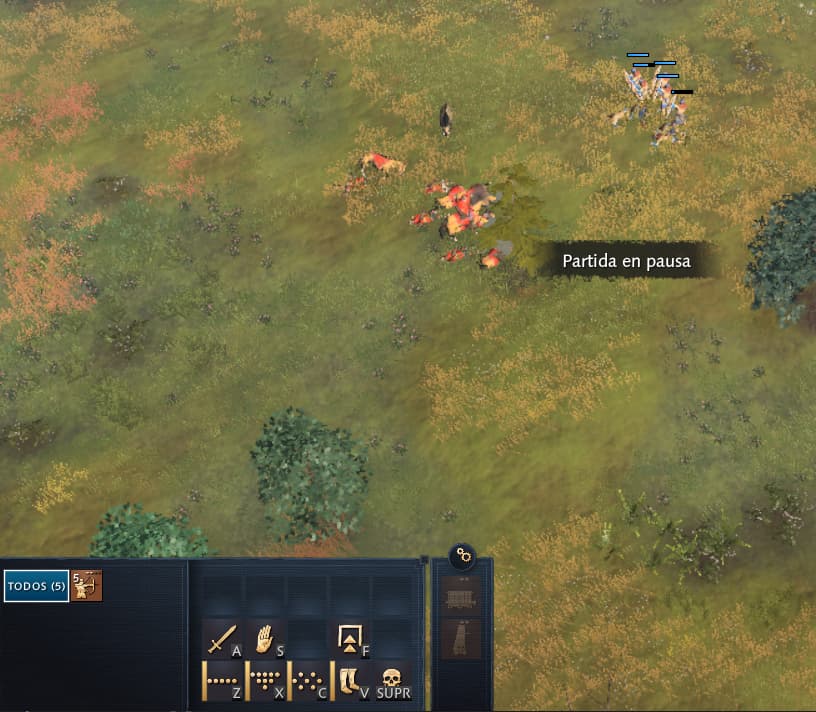 Scout nerf needs to be careful

He has good points, but I think he’s nerfing the Mongols too much.

In my thread other players nerf him, but with a limit, it seems that he wants to destroy civilization.

They could nerf him the scout x2 maybe, I see that strong.

The cancellation of the animation was removed, in the first patch, without the animation the scouts can quickly lower the buildings, that made the Vortix dock marine. They come from warcraft, they like to have tricks that the average elo does not know and win easily. I saw a hack of “warcraft3”, of the jungle something like that, back in 2016! what is rare is that there are tutorials for that game, its community reserves its tricks and does not share them to win in its tournaments, but consequently warcraft3, dead!. Look at the balance streams on the official website, Quinn Duffy is the general manager of the game and he’s in charge of the balance team so I don’t think he’ll bring back something that they already removed; Eric Wrobel is one of the designers and he gave me a good impression of how the game is balanced. Quinn Duffy designed the company 2, another game that I love, the sacred sites and the fog of war definitely come from Quinn Duffy