Come one, come all, check out these deets!

To celebrate the release of Knights of the Mediterranean the following European TEAM cards have received new names and icons for royal flavor:

Further historical references have been applied to the following cards:

This is all nice.

The most hated feature in DE has been fixed…

Now the next step, and a must: give the Europeans European ally shipments. I won’t bother repeating it until it comes true.

Can you use the new civs in the PUP, like in skirmish?

Renaming Hokkaido to Ezochi would be more suitable for historical references.
Until 1869, there was called Ezochi, literally “Land of the Ainu”.
Even if the introduction of Ainu minor civ is unlikely in the near future, at least the map renaming is still feasible.

Looks like mostly good changes. A couple of questionable ones though.

Imperial Age: All Units now train +10% faster upon reaching the Imperial Age (previously a feature of the Immigrants technology).

I don’t like this one. It makes Immigrants kind of a useless tech.

This one seems less historical. The old card referred to this:

Hessians (US: /ˈhɛʃənz/ or UK: /ˈhɛsiənz/) were German soldiers who served as auxiliaries to the British Army during the American Revolutionary War. The term is an American synecdoche for all Germans who fought on the British side, since 65% came from the German states of Hesse-Kassel and Hesse-Hanau. Known for their discipline and martial prowess, around 30,000 Germans fought for the British during the war, comprising a quarter of British land forces. While regarded, both contemporaneously and ...

no they removed the red sea wagon-hacienda interaction, how will I spam soldados out of 7 haciendas now

Wow, renaming the European cards to their respective royal houses is incredible…

Of course, that would have been interesting, but usually people know it as hokkaido and already…

Of course we want our very European civs…

I really want them to intergrate the royal house units with the European civs. Its going to be so weird that Britain will have no better access to the English drummer than the Haudosaunee. Or the French and the Royal units.

We have all these unique European units in the game now but when it comes to the European civs unless they are fighting on specific maps they will still be largely using generic armies with the same units. 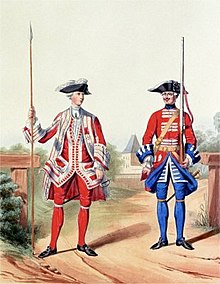 Soldatenhandel (English: Soldier Trade) was a practice of European states to raise and lease armed forces for compensation, especially in the German states of the Holy Roman Empire. It has been described as "military entrepreneurialism," where Fiscal-Military states provided "auxiliaries" or "subsidy armies" for wealthier, more powerful states and empires. The term especially refers to the practice following 1648, when the Peace of Westphalia formalized the rights of states to exclusive s The u...

One thing I find odd is that nearly all new civs end up getting better legacy units than the own legacy civs. I mean USA can get a bunch of Industrial Age Uhlans in Age3 AND also train them, in a much easier way. What the heck! That makes no sense!

It worked very well when they had been acquired through merc cards only or embassy, but nowadays we are getting overcrowded with borrowed euro units.
I feel we should take a break about it after this DLC.

Well I think there should be some sort of standard when it comes to foreign auxilaries in the game.

USA and Mexico can train foreign units from forts after they ship them the first time, and Malta from the commandery.

Aztec, Mayan and Hauds get ‘renegade’ european units that don’t shadow tech and they can’t train more of them.

Asian civs get units from consulates but export is slow and unreliable and you only get units in fixed batches. Which make protecting your one falconet a high priority because they’re very expensive to replace since you also have to pay for other units you don’t need with a resource you can’t invest in.

African have influence which they spend on foreign units (like fakconets) in addition to mercenaries and natives. But it’s more of a real resource than export.

I really would like to know what is the reason that makes them so hesitant and conservative updating old civs generally, while the new civs get ridiculously amount of options. The most representative would be that “1 infinite battleship” card. I see no problem just giving it to every European civ. I do not think any civ would be straight up broken just because of it. But no. They have to wait for the rework of each civ to add it. But Italy and Malta already got it.
I would say the same for native allies and mercs. Since TAD old civs have not received any of the new allies or mercs. Just copy paste some European ally cards for Italy and Malta. Maybe it would open up new viable build orders. And that’s great.

Why do they remove some of the maps? Is there a limit cap for the maps available?

AoEIV put to shame once again.

Not saying it isn’t historical but I don’t see the need to fix something that isn’t broken.

“Hire Hessians” was a good reference to the German mercenaries that fought for the British against the Americans and was a good fit for Jagers.

“Soldier Trade” is vague enough to be used for any German mercenary shipment. They could have used the name for a card that ships some of the new units like Giant Grenadiers.

One thing I find odd is that nearly all new civs end up getting better legacy units than the own legacy civs. I mean USA can get a bunch of Indutrial Age Uhlans in Age3 AND also train them, in a much easier way. What the heck! That makes no sense!

they dont, they get consulate uhlans, which when sent are just vet uhlans with +10% stats, effectively royal guards unit.

I am not sure it is as big of a thing as some people make it out to be tbh, you get some unit with bonus stats that has shadow tech, but the shipments are costly, you can’t upgrade them with cards like the euro units, and u need a fort, which is a pretty big investment and a liability most of the time

not to mention they train much slower

I think they don’t really touch old civs because some long time AoE3 players won’t like that. Particularly the pros who like playing those civs a certain way.

They’ll tell you that is a great design that improves readability and AOE2 is popular without crews (but you are not allowed to compare other aspects of AOE2 and AOE4) and gameplay is more important than graphics and crews are still not perfectly realistic in AOE3 blahblahblah.