I loved the second picture!

Neither of those is the current patch. 61321 is the major DoI update I’m pretty sure, and the other one is way earlier.

The devs should stop wasting their time on nonsensical events

Agreed this is a historical game no need to add these useless stuff like pikeman with carnival masks or elephants with spikes.

We already have mamelukes throwing swords, I think as long as the designs look cool they should be fine (the ram doesnt look cool tho). Some fantasy stuff may even still look good

He is talking about the skin

Only in movies. There would be blades stuck to the tusks other than that im not aware of any spikes stuck on the body of the animal like the skin we got.

Its not really the same but the Thai and Burmese used spikes on their seats: 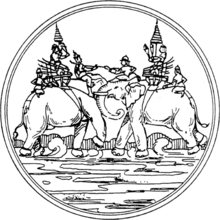 At least thats what I have seen in many ilustrations

This is actually probably one of the more appreciated skins. I know the majority have been useless, but people seemed to like the spike elephant one

I wonder who in marketing decided the ultra meme stuff is ultimately better for the game? I’m assuming it has something to do with casters and creating another angle to generate interest

Like how they have these puzzles before DLC reveals

Loool the 2nd picture is so epic!

About the actual changes, they removed the mangonel delete trick and the ability for rathas to have melee damage arrows.

Those are additional weapons carried on the elephant.there is no practical use in having spikes there as elephant can’t use it to fight. 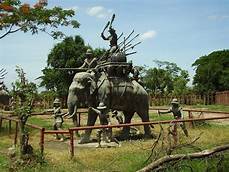 I wonder who in marketing decided the ultra meme stuff is ultimately better for the game? I’m assuming it has something to do with casters and creating another angle to generate interest

Perhaps it have more to do with how old the engine is and what it is capable of doing. Maybe meme stuff is what this engine does the best. Every engine is unique in it’s own right.

I think the reference was to a Mordor style elephants from Lord of the Rings, but I might be mistaken.

hi forum i’m new here! just made this account some days ago for map votig. cool topics here, i like a lot to read these!

they removed the mangonel delete trick

why is this not getting more hype?

didn’t everybody want this for a long time? cool change i think, i like it

Too much hype from the DLC I would think
Welcome

why is this not getting more hype?

didn’t everybody want this for a long time? cool change i think, i like it

The question is what did they fix? The delete trick or the whole “if mangonels are killed the projectiles behave differently and if they forgot where they are fired from” thing?

Will map rotation voting system be moved in game?