What was SUPPOSED to happen if the bug you encountered were not present?
animation goes faster too

edited: from samurai/japanese to bulgarian + stirrups

What what about standard games? With no cheats/mods? Would it still affect it?

most likely would. but effect is less visible because the biggest attack speed gain is the infantry +33% and can only be researched once. so people may not know if you research it or not.

What do you mean by “no longer”? Melee unit attack animations have never depended on the attack speed in any of the Age of Empires games. Moreover the point at which the damage is inflicted is only tangentially dependent on the animation speed for melee units. This is most clearly visible if you look at the attack animation and attack point of spearmen or rams.

PS. Japanese infantry attacking faster is a civ bonus, not a unique tech. How exactly can one research that? Maybe you are thinking about the stirrups unique tech of Bulgarians.

What do you mean by “no longer”? Melee unit attack animations have never depended on the attack speed in any of the Age of Empires games.

really? that is not from my experience at all. if I research the bulgarian 33% attack speed multiple times, it will make attack animation end sooner to start the next attack. if not the case, it would be… extremely awkward as the arrow coming out not match animation, or arrow not coming out at all while damage is still dealt. but as title of the thread, it is for melee units because I did infact test range units and range units are not affected by this, or to say, range unit attack animation is indeed sped up by changing rof.

are you suggesting the attack animation of mongol’s cav archer to end the same time as all other cav archer even if mongol has 25% attack speed increase on cav archers?

if they fire faster, animation should be faster.

PS. Japanese infantry attacking faster is a civ bonus, not a unique tech. How exactly can one research that? Maybe you are thinking about the stirrups unique tech of Bulgarians.

yea that was my bad i meant bulgarian’s

uploaded a video here, to anyone watching the video frame by frame while paused, either on youtube or download the video with a videoplayer frame by frame, will be able to see even with stirrup upgrade the attack animation is unaffected. 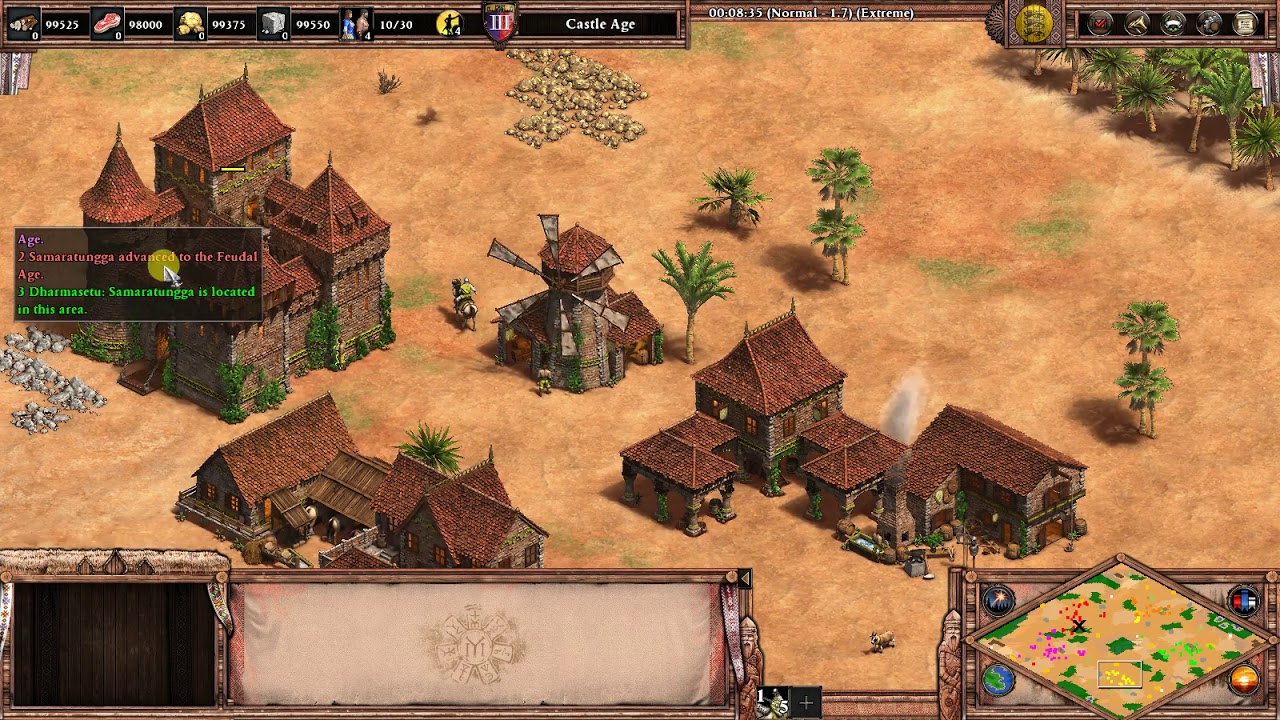 Melee units have never had their animation match their actual attacks, because there is no downtime between animations. This has been the case since AoE1.

It works for ranged units because the downtime between two attack animations is equal to the reload time, so it can be reduced accordingly.

You can check halbs for example, whose animation is much faster than the actual attacks.

this wouldnt explain the samurai hero Nobunaga with attack rate of 0.5, which was tested in previous version of game prior to recent update. I play this on a daily basis along with 20 other players for months, I think this portion was “unexplored” by many and the misunderstanding that it doesnt affect melee units, which I think it does and as it has been.

what you and others mentioned was likely the “timing” of attack was never aligned with attack animation. either animation would be ahead of the damage or vice versa, and eventually one catches up the other. so you could effectively have a unit just loop it’s attack animation while damage dealt at different times based on ROF, this however is normal.

problem with this is clear, you could have any melee units with an extremely fast attack. it would get 5 attacks damage dealt in a single attack animation, while range units would see the effect of actually attacking 5 times which easily create confusion for both the defending player and the player who did the attack research.

if things were “fixed” to how it was suppose to be, this is poorly done as it doesn’t give a sense of attacking faster and people can easily be mislead, unless one is paying attention to the HP of their units and to check how fast HP is dropping, they’d never know if someone researched those technology.

I implore them to reverse the change to what it was previously.

edit: nope, I was mistaken. I had edited the animation duration box for it’s attack animation for the longest time, just checked a vanilla data file from way back in feb 2019 and it was much higher.