And the unit graphics? On the wall too?

Which releases in 6 months…

Well said, too much graphic detail is overwhelming in an RTS. And being able to play it at 4K would be nice!

Have to admit from this view it looks pretty epic. Unit detail is lacking when zoomed in, but my guess is they did this to maintain smooth performance. 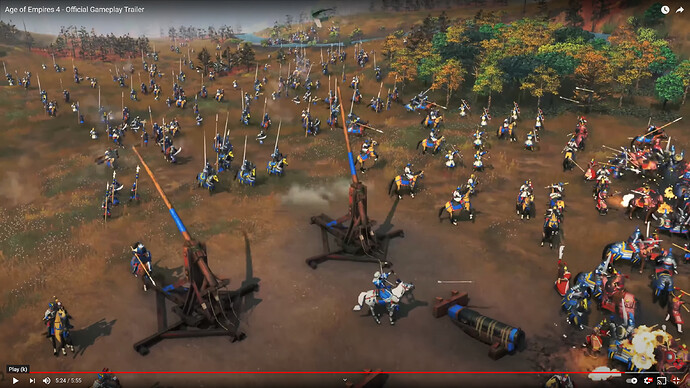 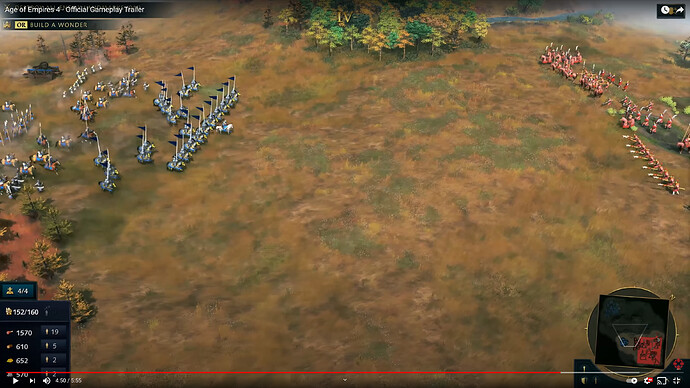 I just find the textures on the ground too blurry.

Big poll for y’all to choose exactly what bugs you. Let’s see what we like and dislike the most. poll poll Feel free to discuss poll related things here. Try not to double post things you may have already wrote here

Thank you very very much for your work! I really like the design from Spellforce. It is the design I would have expected for AoE

there were some critic on me but i wish all the best for Aoe4: i’ve been waiting for it since 2006.But i’d like to see a new graphic standard for 2021.

Remade Aoe4 units as Spellforce3 would be an hard work for developers (except if this game will be delayed) but i think there could be two possibile solution:

Was there a really Downgrade from X019 trailer to the new one? Age of Empires IV

Just give the options to reduce the graphics quality then?

Games have been doing this since it was possible.

If they do the first option its eother delayed or ■■■■■■ at launch, but at the same time it just feels too late and games nowadays dont seem to get large windows of time after the first release date

The only real hangup I’ve had over the preview they released is the cartoon-like graphics. I’m not a fan of AOE2 DE for the graphics by any means, so it’s not necessarily a dealbreaker, but I also don’t want to stare at a bunch of cartoon people with giant cartoon arrows for hours on end either. I’ve always disliked and avoided games like TF2 and Fortnite for that reason. I like games grounded in some semblance of reality, the grittier the better. AOE was never really that either but at least it didn’t look like some cheap mobile game.

It’s a bit superficial, but at this point, I’m not a teen anymore and I don’t have as much time for games, so if they don’t change the graphics and it ends up annoying me too much, I’ll just stick to AOE2. To that effect, I’m really glad they spent time and resources further developing that game.

I prefer the First option and if that Means a delay, i will fine with that

Is Age IV now, not every one will like, is indeed a little cartoonish, and the arrow boder me, but when you see you know is Age IV, is ment to be diferent from the other. On more thing, now a days we don’t need to wait for a DE ten years later, it will be update constatly, for better graphics, performance, gameplay balance and the bug arrows! I hope they look at this thread and give some shine to the sword, faces to the caracters, they are listening. I hope.

All im asking is for a graphics pack and overhaul on the animations and maybe the fighting mechanics, delay or not

So far it looks like the
5 main things that need fixes are the:

So, i was right when i said many people don’t like unit textures. And models show at X019 seem to be more detailed. I suppose those were the original models and details