I had not seen this video. It’s interesting.

Were you looking at his chat?

That’s how people react by looking at this for the first time.

“animations from 20 years ago”
“looks like a mobile game”
“this is looking really bad”
“this game is going to fail really hard”
“AoEIII looks better”
“this isn’t new, is it?”
“the attack mechanics look bad”
“this looks like total war but worse”
“northguard looks better”
“ground is weird”
“looks visually worse than Relic’s old titles”
“graphics wise it looks like a zoomed out mobile game”
“wished it didnt look cartoony”
“this looks very childish”
“the UI is from northguard”
“technology became too advanced to make good looking graphics”
“holy sh*t this looks bad”
“hyper generic”
“looks boring there I said it”
“the unit just kinda fight but looks terrible and feels so old”
“I dont like graphics, units look too much alike”
“wtf are these arrows?”
“no blood?”
“Id rather play Red Alert than that”

and MORE. I’m just half way in and that’s the first original impression that people get from looking at this trailer. And his yt comment section has even more of them. They don’t like it. Simple.
Then we have some slower ones who call the graphic discussion noise and tag those who raise their concerns as minority.
These are all potential buyers, some of them may have not even played an Age game before and that’s how they feel when you present your product to them.
They are not excited the little bit. You can’t lure them in.

What they actually showed us. And why they showed it to us.
when they say that the shots are several months old.

Everything is weird so far. The graphics and animation really work so that they do not create a bombastic impression

They need to think VERY carefully and reflect on the reactions of all those people. When you are like ~5 years into development if not more and show everyone this, either something went really wrong or someone took the wrong decisions and prioritized the wrong things (see all these “readability” arguments that have become like the plague of RTS recentlly) 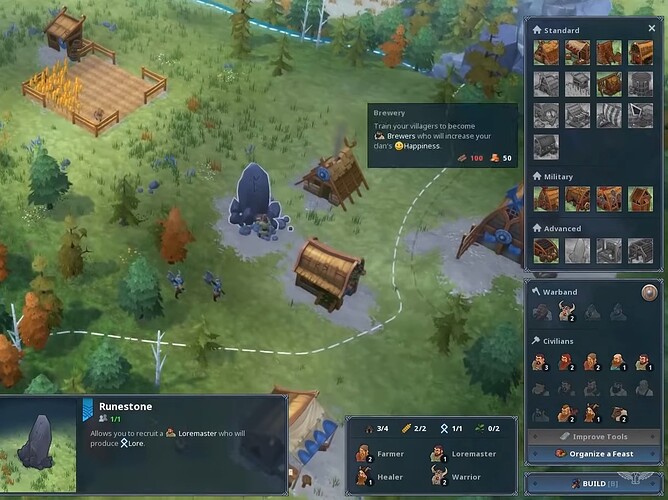 I just saw Maurice Weber from Gamestar made a Twitter Poll about Aoe4 graphics with 1836 votes.

Maurice is a huge Aoe 2 fan with many Aoe fans in his community. Probably Non-Aoe fans think even more negative about the graphics. And they are also important for the success of Age of Empires 4.

For a game of this scale, brand and expectations that carries on its back, 35% satisfaction is a really low percentage. The poll just confirms that their trailers failed miserably to catch people’s attention in a positive way and build up hype. Opinions are obviously polarized, there’s not even a 10% difference between “nice” and “sucks”.
Also looking “Okay” with little improvements is not okay at all and definitely far away from “Great”.

Maurice is a huge Aoe 2 fan with many Aoe fans in his community. Probably Non-Aoe fans think even more negative about the graphics.

I’m sure about it.

No i was watching the landscapes and streets and i’ve said from the beginning, they look ok to me. If developers would improve models and textures this game could looks good

So, 28% of people could change their opinion with more improvements on textures, Building and animations.

Could you link me the source?

For what i know Gamestar Is One of the most important PC magazine in Europe and Germany Is the First RTS market. So these percent numbers are not so good.

Also in Italy we love History maybe because e had have Roman Empire.

What they actually showed us. And why they showed it to us.
when they say that the shots are several months old.

Seems like a lie. If your game is actually better, why would you show your product is worse than reality. If you want people to buy something you don’t make your product looking worse. Most likely they are trying to fix their failure by just lying.

Seems like a lie. If your game is actually better, why would you show your product is worse than reality. If you want people to buy something you don’t make your product looking worse. Most likely they are trying to fix their failure by just lying.

I personally don’t dislike the new graphics and this coming from someone who hated the Civ5 graphics (when compared to Civ4) but to each its own opinion and I respect it. I’m sure they have their reasoning and it would be nice to know what it was but there’s a lot of games that look nice and don’t play as nice and I think that, in terms of gameplay, AoE4 will play nice which is more important for me.

Are you sure you dont mean Civ 6 compare to Civ 5. Civ 5 had quite realistic compare to civ 4 and civ 6?

Would say average reaction is “Game is okay, but needs improvements”.

I think AoE: DE has the best graphics ever seen in an Age game and honestly the Age IV graphics look terrible compared to this.

This looks 10x better and doesn’t have any readability issues.

You can tell exactly which unit is which.

Perfect readability doesn’t exist. No game will have you identify perfectly every unit(yours and the enemy) in a large scale battle between 2 or even more players.

There’s simply too much stuff going on at once and no change in unit design will make it perfect.

I have a tough time identifying buildings in AoE I but that’s pretty much it.