Minimap alerts are too big

Please reduce the duration and size of the red flashes for under attack notifications as they can make the minimap unreadable.
There is no reason for the starting size of the red flash to be 1/5 of the entire map because it makes identifying individual groups of units on the map impossible. Reducing the opacity of the inner part of the circle would help too. 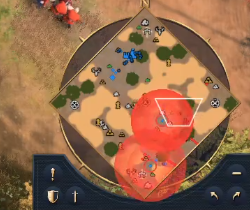 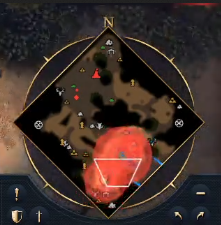 I have to vouch for this complaint, or desire.

Although I would like to make a nuance to it:
Recently I was watching a tournament where a player build outposts along the river on the map mongolian heights. The opponent went for fishing boats.

The mild damage output on the moving fishing ships that would auto-repair near docs would cause a constant red flaring on the map making the map, as Mixu83 pointed out, difficult to read, it is also highly distracting. E.g. it also triggers for a single shot dealing 1 damage or a wolve. In team games, this also triggers when this happens to an ally.

You can imagine the chaos on the minimap. In the RTS Warcraft 3 there is an interval of how often such a singal (“Our base is under attack”) could trigger: once every 30 seconds. I am not saying this is the answer, it can be nuanced, but I would appricate such a mechanism for more tranquility on the minimap, hence enhancing its usefullness.

Yeah it’s situations like this that make it near impossible to read anything on the minimap.

Combine this with team games…and the fact that a huge map has to be compressed to this size… forget it! Can’t see anything!