When restoring a multiplayer game, the civs in the restore lobby are wrong, some are saying random. When the match is about to restore, in the loading screen, new wrong civs are shown, mainly britons appear. In the attached screenshot, my teammate’s civ appears britons but in fact was korean. My civ, Mongols, was correct. In the lobby also, he was showing as no team selected, but in fact he was in my team - Team 1.
When the match restarts, all teams and civs are fine. 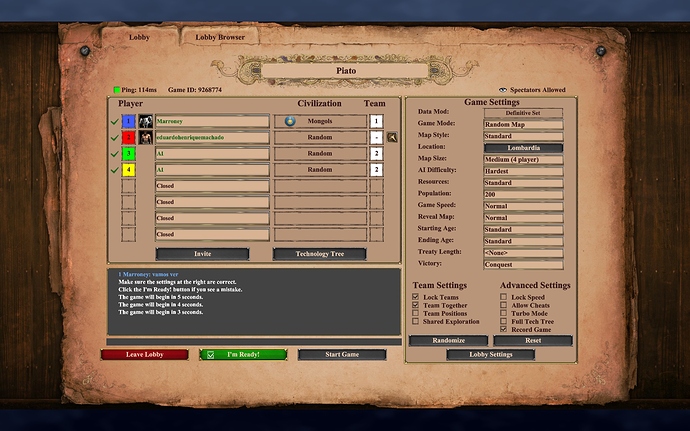 3 posts were merged into an existing topic: Wrong civilization shown when restoring a multiplayer game