Not a major bug, just a very minor typo but thought I’d make you aware:

Alaric campaign no4 (destroy 12 castles) the scout report, paragraph 3, lists the City Garrison as being 6 blue and the Imperial legions as being 4 purple. It is actually the other way round. See screenshot below: 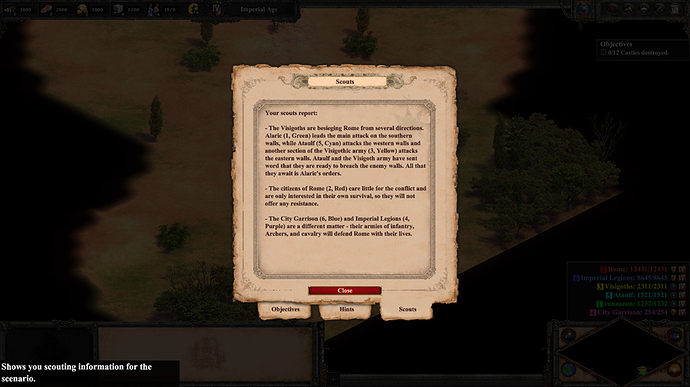 This is the Age of Empires I forum.

But re: Alaric, a minor typo is the least of that campaign’s problems. They just don’t make them the way Ensemble Studios used to anymore. Oh well.

All the campaigns I’ve done so far are excellent imo

And which ones have you done so far? The Ensemble Studios ones are good. Not a fan of the others due to their poor writing.