George Washingtons audio would be in German. 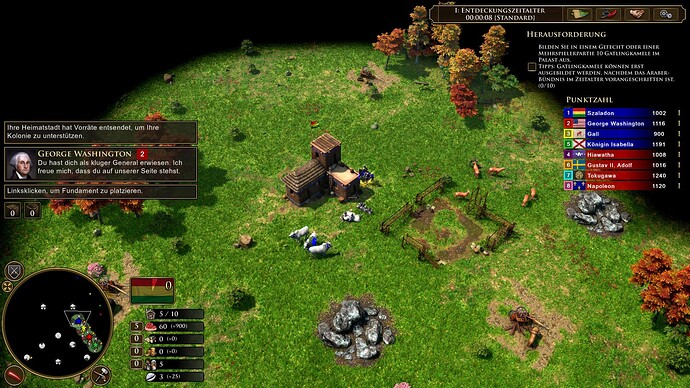 For the Spanish version, translations are also missing

And the final videos of every campaign… it could be fixed easily, ripping audio from videos from legacy version and putting it in the new ones.

Same for Italian: when choosing George Washington as an USA ally for a skirmish, his sentence “Working together, we will be unstoppable this time” has its text translated into Italian, but its audio isn’t.

We have reported these issues with George Washington in German, Italian and French