I have been trying to make a custom unit in game using triggers.
Modify Attribute; Set Attack 50; Player 1; Unit Elite Bezerker; is not functioning.
Change Object Attack: Set 50 Is not functioning.

Modify Attribute: Hp 200 Works correctly, which is why I think this is a bug. 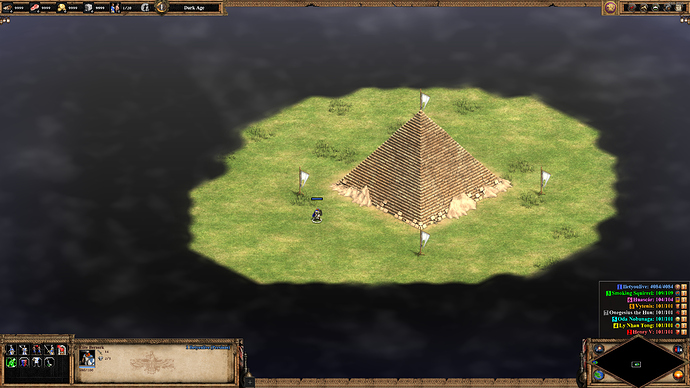 Can we get a screenshot of your trigger ? 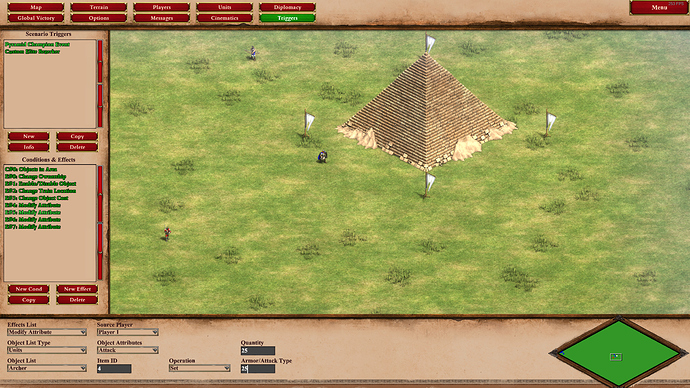 It is applied to the archer standing above the Elite Bezerker, but the effect was the same for all units.
All of the other Triggers set up the same way are working. Also the value is 25 not 50 for the archer. Regardless it did not work.

Just to be clear, you’re trying to have the archer do 25 attack against Armor Class 25 (e.g., Monks)? In that case, attack against armor class 25 is hidden (just like the attack bonus that pikemen have against cavalry is hidden). If you want base ranged damage (and have it appear in the unit’s description), you want to set attack class as 3 for base pierce.

Armor classes are semi-hidden unit attributes in Age of Empires II. They are necessary to make attack bonuses work correctly. The bonus attack and armor class system isn't really displayed in-game. While the tech tree states for each unit against...

What Philly said. The Armor/Attack Type box should be set to the type you want to modify. Most of the time you want to use Pierce (3) and Melee (4).

I am not the experienced with damage stats in AOEII Definitive Right now.

What I have observed is that in the attack damage modified trigger I have set the quantity to 25, and the armour / pierce to 25 simply to try and get the damage to change.

I tested the archer shooting a building with 0 defence stats, the damage was the same as his base damage every time. Even if i change the values to 999 nothing changes with his damage. I do not understand.

Could you explain this to me please.

Basically if the unit you want to modify deals pierce damage, type should be set to 3. If the unit deals melee damage, it should be 4.

Ah, I thankyou it worked. Great so I was just wrong and it was not bugged. Thanks so much for your patience.