MS & Relic! If you wanted AOE 4 to be a sleeper hit then

You most likely going to fail at that too. Reason: An OK road map with snailing updates.

Now, you have around a million and a half players, where the numbers of concurrent players are below 30-40 thousand (if you aggregate numbers from all the storefronts). I can confidently say that this game will disappear from Steam’s Top 100 Stats list within the next two months.

Here is a tip: Use external parties to add content to this game. If you’re solely relying on Relic, then you couldn’t be more wrong. Their plate is full. And they will sink this ship (and probably CoH 3 if you have played the beta of that game).

Such a shame. The game is still savable. So act now.

They have a good roamap with good changes , we are going to have USER GENERATED CONTENT tools and more .

What is your point?

nobody wants to play an boring game (for the lack of features and polish gameplay mechanics) with bugs on every corner. also the map editor is in beta state whihc it means it will have tons of bugs like this game release.

that is literally asking for private servers or fan made ones bcuz ms ones are broken or useless or slow to fix the issues.

They can only hope there is a AAA dev team in the community to ad dynamic color pick and small 8 player maps, that’ll save the game.

I wonder if all this delay happens because they want to keep the code clean and if all this contents would be a way to keep the game alive with things not much hurried. I know many say this game should have been released in a more polished state but I’m trying to see for the long term.
They are going to give us the modding tools, a feature Age of Empires Online hid for themselves and Project Celeste unburied to anyone.
One thing that bothered me on campaign was the lack of multiple enemies to face on a scenario, it was almost 1v2, 1v3 etc
I give a break to return definitely to Aoe4. Don’t bother to stick with topics like this until I find the game more suited to what I expect.
People overreact too much about the game sinking or whatever

that is literally asking for private servers or fan made ones bcuz ms ones are broken or useless or slow to fix the issues.

The point is mods are good. There are always going to be subjective things that some people want that others don’t - at the moment, everybody is stuck arguing over their ideal version of the game. Modding removes that pressure; filters the noise a bit.

Dude…We are not getting paid 70k+ per year from MS or Relic. Why should we fix their games? C’mon. Really? They have PLENTY of money to hire an external game studio. Trust me.

I think the release state of the game was pretty okay. BUT, the game’s progression/updates are painfully slow and the changes they make somehow make the game tidy bit worse. Won’t lie.

Dude…We are not getting paid 70k+ per year from MS or Relic. Why should we fix their games? C’mon. Really? They have PLENTY of money to hire an external game studio. Trust me.

Nobody’s saying you have to.

Modders aren’t bound by the same things as developers. They’re able to make the changes they want or prefer regardless of what the playerbass thinks, or regardless of the impact of a particular workaround.

The brilliant thing about modding games is that even though it’s gotten more complicated over the years, it’s worlds more accessible than full-on software development.

But yeah, you’re in no way obligated to do anything with the tools Relic have committed to providing.

I share the same opinion.
Hope modders can give us options that devs won’t focus now and can be completely moddable like UI icons and stuff

yeah mods are good bcuz they are an alternative to the main game which made new modes or minigames but to be the actual tool to fix the game is like letting the player to fix it which if that s the point why not make an unofficial server that tries to solve and eventually be the main game that eveyones wants. obviusly thats not going to happen but the idea is there. mods are not to fix the game, they are for enhance or be a sidekick to the game which is supposed to be already good.

The comunity will fix the game for it self , trust me it always happens when a game releases in this state . The game is good but it has so many missing features .

It’s not about getting paid lmao , it’s something obvious that it will happen

Then release the modding now! That should have been the priority from get-go. Allowing users to select colors shouldn’t be that hard t program in a game.

unless it is hardcoded which if it is the case here, it is a incompetence bcuz this is supposed to be there on the foundation of this game code

Then release the modding now! That should have been the priority from get-go.

I mean, I’m waiting for the mod tools perhaps more than anyone else is, but I would say releasing the game was the priority

You’re right though, the sooner folks get access to the tools, the better. Hopefully they meet expectations! 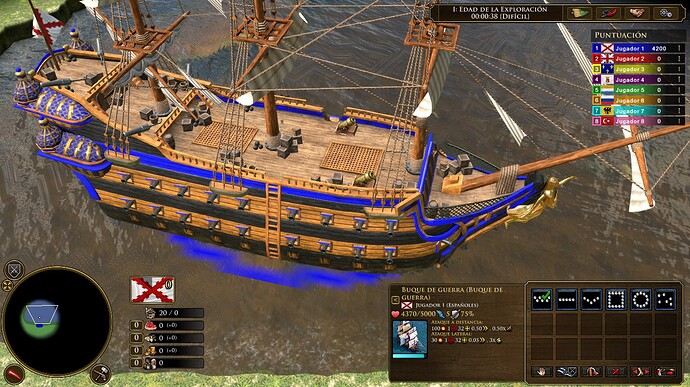