In Multiplayer game 2 human vs 2 Hard AI
The game lasted more 1h36minute
We did not attack the AI before the end of the game.
The AI did a small attack with 10 military unit at the begining of the game then nothing.
When we attack their town they had developped city with military building and castles but no military at all.
When watching the statistic at the end the military tab clearly show that the AI only produced a total of 10 military unit. 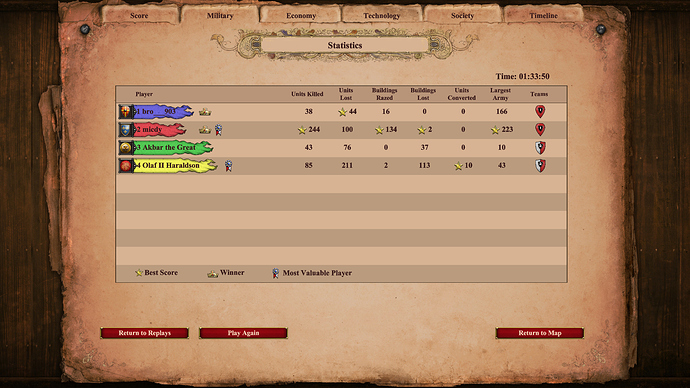