DESCRIBE THE ISSUE IN DETAIL (below). LIMIT TO ONE BUG PER THREAD.
Loose connection in a MP game after a short time with no way to reconnect. Reproducable, since i cant finish a single game since the latest server maintenance.
One of my Friend which whom i play has the same issue since the last maintenance, so i am even more confident that it is a server sided problem.

What was SUPPOSED to happen if the bug you encountered were not present?
Game working

Looks a bit like this (Tried it again today, but forgot to screenshot it: Disconnected after 1 minute of playing) 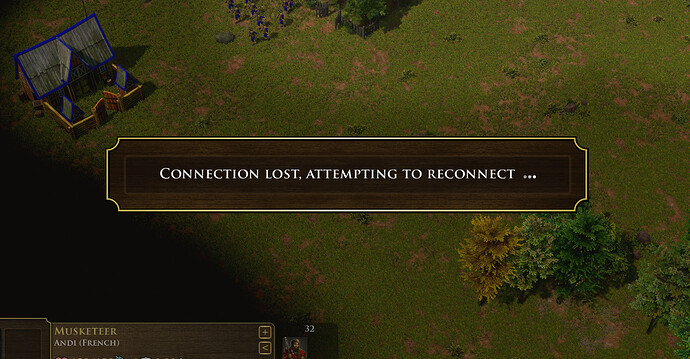 I have this issue again. Now i have it on both my accounts and i also cant fix it by deleting my userfiles

Hello @CitingPepper233, does this occur both on ranked games and casual?

I have the same issue. It occurs during casual and ranked play. My brother does not have this problem on his desktop ; The problem occurs only on my laptop. User files have no impact ,alt accounts, or changing isp. It happened since the lunar new year patch. I had the problem last year as well and it was patched out in the African Royals’ patch.