Not sure exactly how to do it but they shouldn’t be a unit that is viable as a combat unit when spammed.

Thinking at least cap their torch damage so they’re like Vils aka it doesnt scale up with ages.

They aren’t viable as a combat unit at all except against siege. Siege doesn’t exactly need any buffs right now anyway.

Why should they not be a viable combat unit? Do you want less diversity?

Horsemen have taken that role tbh.
Scouts come very early into the game and them doing strong melee dmg would be a mistake IMO. 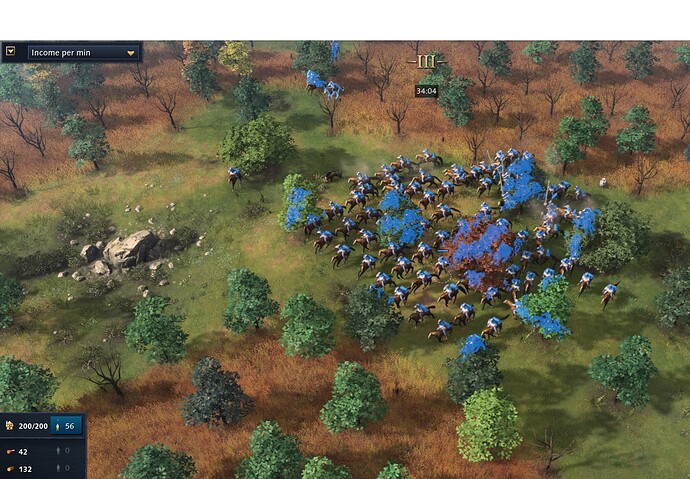 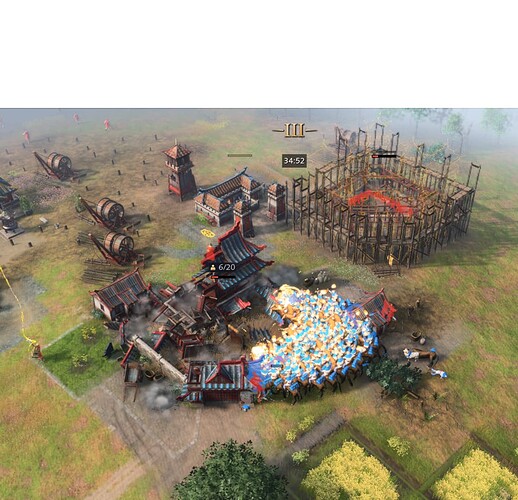 Not gonna lie, I had some fun time with these scouts in a few games.

If your opponent falls to this they have let you get there/ have weak defences.

I agree, walls stop them easily. I got that idea from this video Age of Empires 4 - 100 Scouts? Why though? - YouTube. It’s funny how quickly they siege things down when in big groups though

I think this wave of scouts quite fun. But it sounds very strange to me the idea of a civilization training 100 scouts for a war and no real army. In this sense, the idea of making scouts a more exclusive unit seems attractive to me, for example: limiting to a maximum of 10 units at the same time.

Why not just reduce their general siege dmg to remove that cheese strat (mass scout to snipe buildings and siege)? No need to touch any other values. Especially not HP. I want to gather information with the thing, not babysit it all the time to not get one-shot by an arrow

Giving them more utility in late game would be cool though…like upgrading them to wield a bow. Or something civ specific.

Scouts are 1 supply. I’m pretty sure if your opponent has 60 scouts that you can’t kill, you’re behind and have lost. You should be able to use vils to kill them or some cheap units.

Nah, it’s just complete cheese if you really focus on it…especially since they are so easy to pump out.
This game shows it perfectly…the player using it was basically loosing:
Age of Empires 4 - 100 Scouts? Why though? (Aussie_Drongo)

He used up 3 waves of ~100 scouts each. Still cheaper than the gimmicky elephants : P

They have weak anything, even mass villager from a successful boom could defeat mass scout or at least trade even.

Yeah, I was loosing my game too, my oponent destroyed my army and he played really well, he started sieging my keep at my base and I had a lot of stables and a lot of stacked food so I was like, let’s try the scout thing then, and it worked, it took a couple of minutes to get a huge mass and use the stealth forest to sneak into his base, no way his army could comeback in time as it was mostly infantry!