The Yakas are an African civilization of the Kingdom of Kongo. Their history is rich with warfare and I think they would make a great new civ.
The Yakas would be an infantry civ with a unique unit called Huursoldaats with no armour but fast. Similar to the karambits but with a high attack. Additionally they would have a terrible calvary line except for imperial camels and skirm camels.

Their civ traits would be they start out with two extra boars and they have a 5% movement speed for all units after each age.
their unique techs are Jaga Masks which give 1p amor to all infantry and oorlog dans which increases unit production speed by 10%
The Yakas would be a spam civ with a mostly incomplete blacksmith. 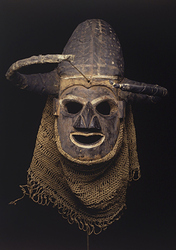 Do you think this is a good idea for a new civ?

At least for now no more civ will be added officially. Of course if you wanna mod it then why not.

a unique unit called Huursoldaats with no armour but fast. Similar to the karambits but with a high attack

for imperial camels and skirm camels

Imperial camels are an Indian specific bonus, you should find something else. As of camel skirms we already have the Camel archer that counters other cav archers and genitour that are a mounted skirm but if you find something else for them then why not.

Dunno how it would work. I hope you won’t meet too much lamers 11

1 pierce armor to infantry looks like a meh rework of Tower shield, and Aztecs have an innate 18% boost to production. However the names look cool and fitting.

The Yakas would be a spam civ with a mostly incomplete blacksmith.

Welp, do you have any plan for the tech tree? Right now we don’t know anything about most of the techs.
For instance with the exemple of Ethiopians we would have:
Missing techs/units
Barracks: Champion, Eagle scout
Archery range: Hand cannoneer, Parthian tactics
Stable: Paladin, Bloodlines, Battle Elephant, Steppe lancer
Siege workshop: Nothing
And so on for each building