Why did they make everything blue?

Please change it back this is very ugly and hard on the eyes. The old colour scheme looked much better.

THERE IS A FIX! Thanks @TheConqueror753
"
I don’t know how to mark a post as the solution/know if this feature exists here even like Steam forum.

This is infuriating. The new one is so impractical. AoE4 is just one game, why are they changing the forums for ALL their games to that of AoE4, despite people already making posts about how bad it is. A revert is essential, although I would settle for a light/dark mode, or an option to chose the UI based on one of the Age games that you prefer.

Edit: I FIXED IT!!! Under setting in preferences you can change it back! Saved."

I guess because AOE4 is using a dark blue and gold theme they had to go and make the whole forum this way? I’m going to need a new glasses prescription if this colour scheme keeps up!

I feel like the post links are revere colored as well, with the links I’ve already viewed completely being bright orange while the unread ones are dull grey.

For me it makes the posts I’ve already viewed stand out when it should be the other way around.

Now the forum is Aoe4 up our asses

Edit: now there is an option to select if you want the AoeIV them or the old one

There are definitely things I’d improve about the theme (if it were up to me), but I’d like to know what about a light text on a dark background is “hard to read”. Then again, I’m a fan of dark themes in general.

I use discord dark and find it much much easier on the eyes than this dark blue. Here is a comparison

Something about the dark blue just hurts my eyes I’m not sure.

image1910×913 150 KB
The page with all the threads is the worst one. Something about the lack of borders/dark blue makes it feel like all the words are floating in space and it becomes harder to focus.
Coranhon1 November 5, 2021, 5:19pm #10

If it wasn’t enough to see all that gold on the game, now they toss it on the community forums too
A lot of threads about Aoe4, a new game, doesn’t mean that all people would agree with such aggressive change.

I refreshed and there are horizontal lines between posts now.

I prefer dark themes. White on the screen is like looking directly into the sun

Bold text is almost unnoticeable with this color scheme.

While “dark mode” is usually preferable, this implementation is terrible. This actually perfectly showcases why the AoE IV UI icons are also terrible UI design. This is how hard on the eyes blue+gold on a computer monitor is.

Things are going from bad to worse. It’s sad.
As if having to put up with this awful, mundane, sci-fi like theme in game wasn’t enough. Now it’s being forced into the forum as well.
I don’t know what creative mind came up with all this minimalistic golden-blue idea to begin with but it’s completely out of place, the exact opposite of the Age spirit.

Its even worse on mobile now

yeah, please revert back. Thanks

Do I win a prize? 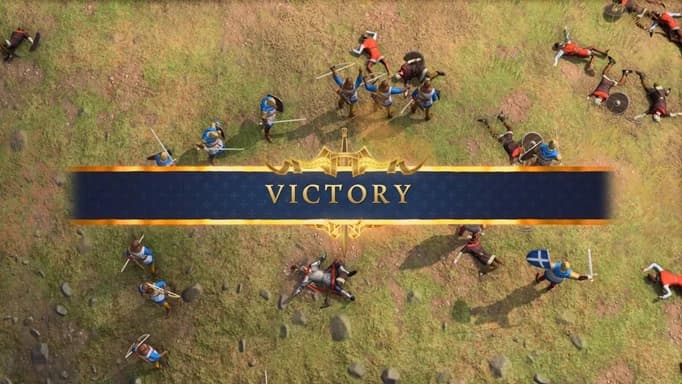 Funny how in the Age Stresstest the argument for immersion was always pointing at other age games and the forums.
How much better everything is when it’s less sterile and has more character to it, such as the papyrus paper sheets we write on here in the forum…

Now this is gone as well…
I absolutely hate it, not because I have to get used to it since it changed and users don’t like change at first glance, but because it’s sterile and badly designed.
It’s just overall a step backwards from a convincing idea with thoughts behind it and immersion for the people to some html/css beginner course test of colour pallets.

Age team, Relic team for the love of god.
PLEASE don’t touch the old stuff.
You are not even nearly as potent in the design decisions as you might think you are.

It’s as good as the game Ui now . Seriously who approved this needs to be fired , it’s just awful…