I would like to introduce this idea of introducing a new archery range technology which serves as a form of thumb ring for the underperforming hand cannons for gunpowder civs.

In a fast imp players can either choose to get more hc out our invest for the tech with similar cost and same building uses. This is to balance the power spike.

This tech is not as good as the Spanish civ bonus and no one ever in the history of aoe2 complained about the op Spanish handcannons so it should be totally fine for balance.

This tech is supposed to be the parthisn tactics for gunpowder civs.

Not available to the following civs with hc:
Berber
Khmer
Korean
Lith
Malian
Persian
Sara
Tartar
Maybe add sicilia of the get HC

Hopefully, those gunpowder civs that have already HC bonuses would then maybe actually use the unit outside of fast imps on arena.

Alternatively the tech could be put into the university as a follow up tech after ballistic (still requires chemistry first).

In AoK there was a tech to unlock hand cannons. This can be used to implement this easily (reuse the icon and old code)

Would you like such a tech introduced? Do you feel this is unbakanced/unneeded?

Yes! I would like to see more techs introduced to the game, like back when arrowslits and arson got implemented. I think a tech to improve HC would go in the same direction as supplies though: a nice idea but impractical, as the unit itself is not too strong. Also didn’t the matchlock help immensely with aiming because you could use both hands? I think an increase in accuracy could fit this description more

My feeling is that HC themselves should be buffed. Adding an additional tech may be good for some civs too, but I would start by increasing the speed of bullets of HC (or similar units) and slightly increasing the accuracy by 5-10%. I believe that would already go a long way into making gunpowder units more viable.

I do agree a little increase in accuracy for HC by 5-10% will do great wonders.

I think the biggest reason why the damage output of HC is underwhelment is simply because the bullets are too slow. This, paired with the fact that HC have both low accuracy and are not affected by ballistics, means that they miss a lot of the shots they fire.

Right now gp units are very innefective against moving targets, a new tech could help that and the extra cost could keep it balanced

Well the tech is called aquebus. But yeah it makes no sense whatsoever that ballistics with a cannon in the icon doesn’t work on gunpowder units.

But at this point I think we are past the point this can be changed without tinkering too much with what makes aoe 2 the aoe 2 we like.

My problem with straight out buffing instead of a techs is that you can’t fine control. With a tech you can give it gunpowder civs and not give to other civs you don’t see the HC integral for their play.

A general buff will afffect all civs the same and I don’t think all civs actually need to have their hc buffed necessarily.

A tech would actually help make gunpowder civs an actual thing distinct from cvid that just have access to the unit.

The advantage of buffing attackspeed instead of accuracy is that we already are familiar in a greater version of this with the Spanish Hand cannon and can be sure that it’s not overbiffed.

Finding the right numbers of accuracy is complete new land.

It could actually do both, buffing attackspeed and accuracy just like thumb ring does.

But then the Spanish would have a disadvantage for not getting the accuracy from the tech.

I agree. However Ethiopians also get faster firing archers and thumb ring, so why not give the tech to Spanish as well? I don’t mind any of the solutions, as long as there are new techs haha. I really enjoy the idea of generic techs.

Give Magyars HC too, they need a way to fend off Halberdiers because they are a huge threat to them.

Dude, magyars have HCA with the larger range and attack 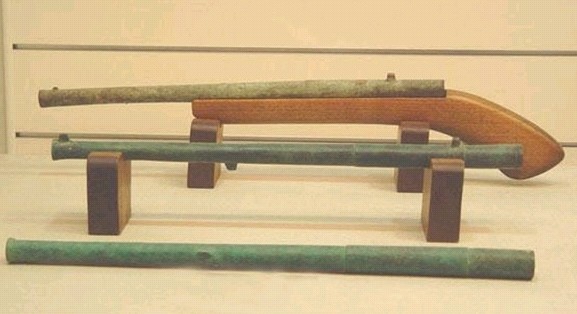 Korea have to be available for matchlock.

In general I would agree with you, but HC are really bad as of now, so I hardly see them become OP.

I wouldnt mind seeing koreans get the tech. 1600 is the hard end of aoe 2 timescale with the japanese korean war the last event covered in camapigns. I think it can be argued both ways to include or not to. THe japanese in comaprision got the matchlock tech already in 1543 from the portu and actually used it in the korean war while the korean just learned it here first.

matchlock could become the current aquebus effect for handcannons (so ballistic + slightly faster bullet) minus the other units affected. In this case portuguese dont need acces to the tech.

But that would be a greater change to the game than just some attackspeed and would change the game too much IMO.

Or matchlock could give -10% reload (+11%) AND +10% accuracy similiar how thumb ring buffes both.
(thumg ring gives -15% reload (+18%) and flat 100% accuracy)
In AoK before the invention of the thumb ring Hand cannons could compare much better with arabelest.

That I would like to see too as an additional tech for some selected civs. Could make HC an actual alternative to arbs for some civs.

I still think an increase in projectile speed for gunpowder should be implemented though. It’s way toooooo slow right now, so much that it is the first cause of missed shots imo, even before the poor accuracy stat.

Yes in the best case the bullet speed get base buffed.

Matchlook can then be introduces as thumb ring (attackspeed + accuracy)

and aquebus would be altered since it doesn’t need to further increase bullet speed and its ballistic effect is less worthwhile.

since in patches new techs have never been introduced before.

Would love to see that! The “gunpowder civilization” definition would finally make sense. We may need to replace the portoguese arquebus and spanish bonus afterwards, but I think we can easily find something else to give those civs.