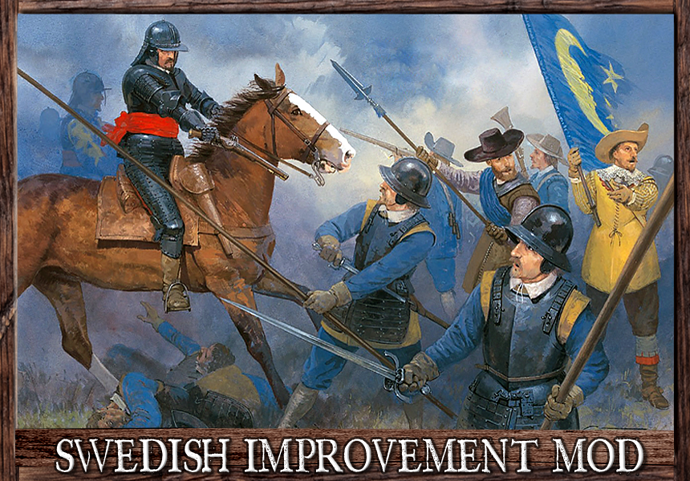 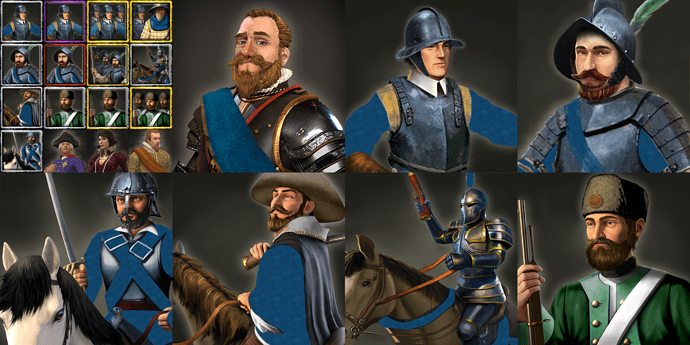 This is just for personal fun. I’m a big enthusiast of the 30 Years War period (early 1600’s), hence the changes and focus on these kinds of units. Me and my friends also recorded the Swedish voices in the ‘‘Wars of Liberty’’ mod for the original AoE III. I didn’t like some of the new voices in DE, so I have switched them up a bit and included the classic Swedish ‘‘Fusilier’’ voice aswell.

New voices recorded by me and my friends:

*Helmets instead of hats for the Carolean and Hakkapelit in the early game.
*Pikemen new icons.
*Changed Swedish Hussars to the old Hackapell unit instead + new icon.
*Replaced Crossbowman with Musketeer, also available for the Dutch and Germans.
*Treaty of Roskilde: Finnish Savolax Jaegers changed. Can be trained at the Tavern + new icons.
*Treaty of Roskilde: Vasa Lifeguard halberdiers changed + new icons.
*Black Riders (30 Years War cuirassiers) have ‘‘normal’’ horses + new icon.
*Harquebusier and Swedish Dragoons (Ruyters) available in the Swedish stable.
*Torps keeps their early timber-and-grass-roof-look until the 4.th age.
*Swedish church changed to the German one. (Which looks better in my opinion).
*The Swedish priest finally has his voice back!

*New avatar icon (Gustavus Adolphus) for the Swedes in singleplayer. Added the old ones for the Dutch, German, Spanish and Russians aswell.

Whats that? I only know Carolean.

@Zer0pntEnergy It is just a renamed Dutch Ruyter.

If you want and you have time, could you do a MP friendly with:

*Helmets instead of hats for the Carolean and Hakkapelit in the early game.
*Pikemen new icons.
*Savolax Jaegers new models and icons
*Priest voice

I would keep the skins that have progressions, because you need to differentiate when you have improved them.

The new Adolphus reminds me to Philip II from Civ 6, hehe

@ArkadasLlisa Perhaps I will! Thanks for the advice.