I just played a game where the other player had Nizam Fusiliers with 20 range.I thought the default range is 12 and standround mode increass the range to 15.
Is this a bug or has the ottomans had a hidden update?

Here is the screenshot 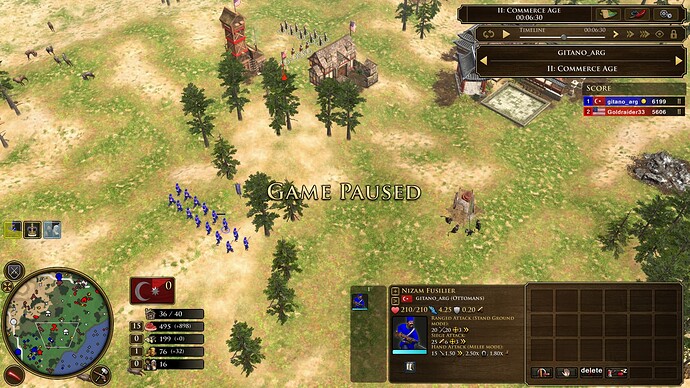 hidden update, dont know when it happened but it has been around since atleast the last patch

Thanks for the answer. What a strange and overpowered bug.

Its not that overpowered, they are a musk so they still get ■■■■ on by skirm, also their LoS doesn’t increase so you still have to get close to use it or have things like abus and cannons in your formation for vision

it helps if you grab the los techs from the mlsque you 100%already have but yes, I’ve confirmed they outrange their los in this stance