At this point, I think we’re done adding civilisations to Age II. I do not foresee us adding any more civs to the game. 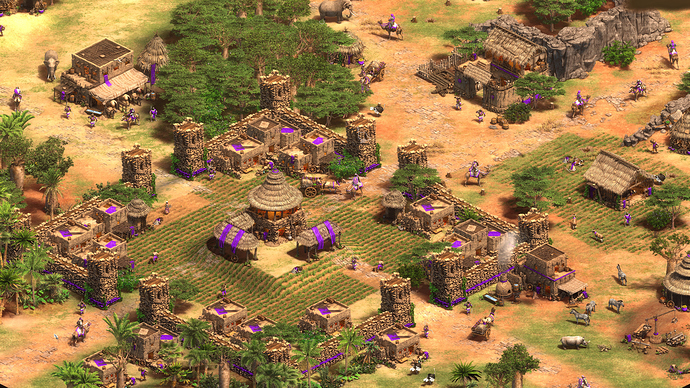 The old and new in Age of Empires 2: Definitive Edition: “we’re done adding...

After mentioning in previous article they might keep adding new civilizations as long as people want them, it seems they quickly changed their minds since the opposite is mentioned in new article.

^Correction, they haven’t specifically mentioned “new civilizations” in previous article, but “campaigns and stuff”: People love Age II, and if people just want to play Age II forever okay, that’s cool. We’ll keep making campaigns and stuff for them to do. It really is a long term commitment for us. We want to keep supporting the game. ~ Isgreen at https://www.dualshockers.com/age-of-empires-2-hd-edition-not-leaving-steam/

Also, article further mentions AoE4 multiplayer tech to be used in AoE2: DE as discussed in this topic: New 2DE article suggests all AOE games will have a common Battle.net/Voobly like platform

I mean I kinda get him…game with AOE 2 DE release will have total of 25 civs, so if they keep churning out more and more, two or three civs will start feeling like same ones. I get his points. Assets, and rock-paper-scissor will go out of balance too. AOE 2 gameplay is fine as is. Everything is balanced. But they should definitely allow the community to make the mod for AOE 2 DE, so whoever (me) wants to make more civ, can.

with AOE 2 DE release will have total of 25 civs,

I don’t like this at all. New civs are way more exciting than any other stuff they’re suggesting to sell to us. If this turns out to be true and AOE2:DE doesn’t come with extensive mod support (adding new civs) I honestly am dissappointed.

The 4 new civs are pretty cool but I personally would have preferred other ones. Considering that some of the heavily requested community civs are still not in the game it would not end on a high note with the civs too.

I definitely hope it’s not their final stance.

What the…yeah so now my belief couldn’t be more stronger. I think this is more than enough. I can feel that team now wanna work on something else.

Dude really? I have been playing the game since it came out, and till this day I not played out every civ. Apparently there will be 35 civs in total, I can’t think of any game where we had this many civs.

By the way, welcome to AOE forums

Thank you and yes I’m serious

I must say I’m happy to know that they stop adding civs. We already have too much civs

Maybe they would reconsider and add some new civs if they could find ways to make them really unique. There is not much point in adding civs which feel like already existing civs when playing.