A nootka clubman you can get from the treasure started attacking nearby villagers and sieging my torps during a no rush 40 treaty game on the map Colorado.

I haven’t tested the frequency but it happened twice already with the nootka treasure.

Here’s the steps to reproduce the issue.

The nootka clubman will come down from the treasure without even collecting it or killing the guardians and will start attacking the villager or start sieging the torp.

As i have described above, the nootka attacks the villager or sieges the torp.

U can see the nootka sieging in the picture below 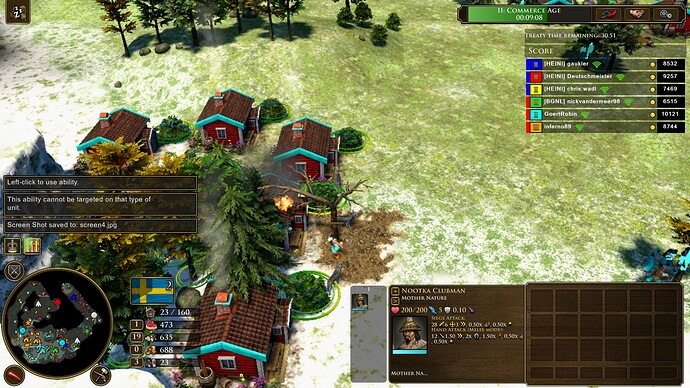 Don’t build on his turf!

Sorry for taking his land