When using the old waypoint behavior, shift queuing foundations is still broken since first DE release.
With patch 7694700 it’s even more visual with the numbered actions.

After releasing shift and then placing the final foundations, all numbered actions are cancelled, the foundations are still placed and the villager walks straight to the final (lastly) placed foundation.

The only ways to shift queue buildings on the old waypoint behavior is to press escape instead releasing shift and placing the final foundation. Then the actions are numbered correctly.

What I do often is to shift queue through all the placed foundations again.

The last action after releasing shift will still be numbered with the highest number, and the villager will work through all numbers.

Before releasing shift is shown below: 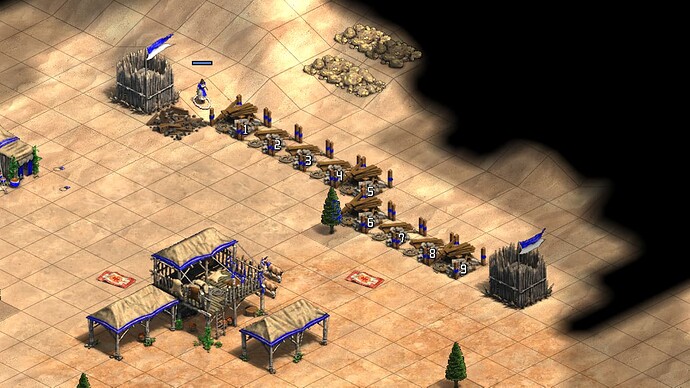 After releasing shift and placing the final foundations, which is supposed to be also numbered, is shown below: 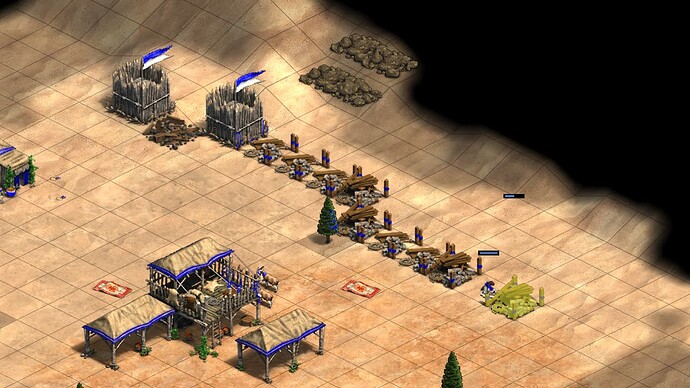 …Since someone is working on the waypoint behavior, I thought this can come in handy…

Here would be my advice personally: Just learn the new waypoints. They are better. Old hotkeys on the other hand…

Apart from that this is still a bug report for an obvious bug in the game.

Also I don’t see how the new waypoint behavior is better, expect that sometimes a click is saved and it’s easier to switch to StarCraft.
Can you elaborate @TheConqueror753 ?

Hey everyone, this is considered a behavior by design.
Thx for understanding, have a nice day

this is considered a behavior by design

Well the design is bugged, that is what I am trying to say. @ChristheCo
Even if it doesn’t cause program errors, it’s still a bug, because it’s unexpected behavior.

Similar to castles/tower locking on an enemy building and ignoring approaching units (This if fixed afaik).
Or Portuguese bbt losing the ability to hit moving target after researching both ballistics and the unique tech.
Or range indicators showing the wrong range.

It won’t crash the game, but it’s clearly a bug.