Intro
I like AoE 3 and believe that it has a great potencial of expansion as AoE2 did with its several updates and expansions. That said would be nice if some civs recieved a little bit of love, in the ways of graphics, units, etc.

This is a suggestion based on a quick research I did, since I like to read about cultures and History.

That said there are a few things that currently Ottomans have that are weird within Aoe3, so I ll touch a few things, units and architecture, its current culture group is “Mediterranean” and share its buildings and villager models with Spain and Portugal.

Its People & Origin “The Villager”
Ottomans aka Turkish people, were a tribe from Asia, near China that became Nomadic, then under the Seljuk empire circa 11 century were influenced by Persian and Muslim traditions, “settled” near Anatolia and eventually expanded and became the Ottoman Empire.

Taking that into account by 14 - 15 century they had mixed both racially and culturally with locals around them, I have to notice too that Ottomans had a system that incorporated all its people and tryed to convert them to Islam, they had heavy influence from Arabic and Persians shown in its food, culture, clothes and architecture.

Thus that leads to “the Villager”, which should be more like Indian villager, the bast extension of the empire however allows to instead show 3 models: Indian (like), Russian & Mediterranean. Thus showing that Ottoman Empire held different cultures (Greek, Islamic (Persian, Turkish, etc), Balkan (Russian)).

Thus practically speaking, new buildings built by Spain would have influence from Islamic Art, but would weight more to the Christian side, the same contrary could be said for Ottomans. Thus is an injustice for both cultures to share the same models, having some commons but being way to different.

Military Units
The first thing to notice about the Ottoman army is, that was divided between Janissaries and Sipahis. Janissaries were christians with a status between slave-servant to the Sultan, while freeborn Islamic people.

First of all, Id like to notice that like Chinese civ, they should be able to create Horse archers since Age 2, instead of 3 since they were people that descended from Nomads, and early on before gunpowder thier main power was Cavalry, also that Cavalry Archer shares its model with Russian one, and Hussar with the rest of the European civs.

Note: That Ottoman cavalry could have, swords, axes or maces.

Sipahi (Kapikulu Sipahi, Silahtar, Sipahi)
Were the personal cavalry regiments of the Sultan, Silahtar “Weapon Masters” were chosen from the best warriors in the Empire, and the Sipahi were sons of nobles.

Equipment: Plated mail, chain mail, round shield, bow and arrows, mace or sword.
Instead of being a “only” shipped unit, to be Max limit unit, buildable in the stable/fort that bost units around it.

Since Aoe3 starts with Age of Discovery circa 1400’s most civs should resemble this change from Plated/Mail armor to uniforms. Most of this descriptions of their equipments are from 1400 - 1600. Since lather on most nations stopped using armors and instead used uniforms. Also this Cavalry Divisions were dismantled in 1800 - 1900.

“If you have read till here thanks, probably some would think this are many changes, and they maybe I just wanted to make an statement of what I think would enrich the game and altough I will try to mod it to bring the closest to this post, would be nice if Devs would change it. Since modding data is a Pain”.

Here are some links from were I read info: Sipahi (Ottoman Turkish: سپاهی‎, romanized: sipâhi, Turkish pronunciation: [sipaːhi]) were professional cavalrymen deployed by the Seljuks, and later two types of Ottoman cavalry corps, including the fief-holding provincial timarli sipahi, which constituted most of the army, and the regular kapikulu sipahi, palace troops. Other types of cavalry which were not regarded sipahi were the irregular akıncı ("raiders"). The sipahi formed their own distinctive social classes, and were notably in rival It...

Turkish people or the Turks (Turkish: Türkler), also known as Anatolian Turks (Turkish: Anadolu Türkleri), are a Turkic ethnic group and nation living mainly in Turkey and speaking Turkish, the most widely spoken Turkic language. They are the largest ethnic group in Turkey, as well as by far the largest ethnic group among the Turkic peoples. Ethnic Turkish minorities exist in the former lands of the Ottoman Empire. In addition, a Turkish diaspora has been established with modern migration, part...

The Janissaries were elite infantry units that formed the Ottoman Sultan's household troops and bodyguards. Sultan Murad I created the force in 1383. They began as an elite corps of Slavs, Bulgarian and other Christian ethnic boys, taken by force or kidnapped from their family at early age of 3 years old. They became famed for internal cohesion cemented by strict discipline and order. By 1620 they were hereditary and corrupt and an impediment to reform. For all practical purposes, Janissaries be... 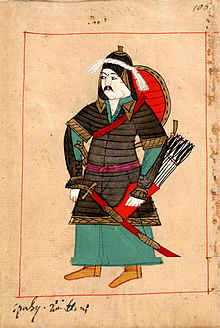 Timariot (or tımar holder; tımarlı in Turkish) was the name given to a Sipahi cavalryman in the Ottoman army. In return for service, each timariot received a parcel of revenue called a timar, a fief, which were usually recently conquered plots of agricultural land in the countryside. Far less commonly, the sultan would grant a civil servant or member of the imperial family a timar. Also non-military timar holders were obliged to supply the imperial army with soldiers and provisions. The timario...

Pd: And I know many other civs, have its own issues.

aoe3 is an arcade game it is not this detailed, ottoman units are fine I would put them at same level as spain which is as good as it gets. If you want a more simulationist game with these sort of details look outside RTS genre.

they could add a skirmisher variant with good melee for some gameplay variety called “sekban” but that’s about it. cav archers are weak and could be moved to age 2 but I am not sure if ottomans need a buff in age 2 or would even use cav archers in age 2 when janissaries are so strong in that age.

Yeah i agree with what OP said, but it’s clear these changes will never happen. There is simply no interest in them, the whole “historical accuracy” they are talking about is only meant politically and not real. So nobody cares if nations like Indians, Chinese, Ottomans are totally wrong. They will just tell you “it’s a game”, and that’s that.

It’s sad, but i’ve made my peace with it. Like mentioned, we have other games for that i guess

It is not historically accurate because you don’t get troops in age1, and age2 is not 1400s but 1500s, it’s same with euro civs who should have knights in age2 but they don’t

ottomans had light cavalry hussars always ottoman army wasn’t just janissaries and spahis but they had paid or volunteer troops that did light cavalry and light infantry duty like azabs and sekbans. azabs could be halberdiers and sekbans skirmishers. If anything OP thinking that ottomans didn’t have any infantry but janissaries is same mistake as devs did 15 years ago

Ottoman representation is fine and on the level of euro civs. India is really bad though. Indians should get cavalry and they shouldn’t be so focused on camels

Thanks to both for reading and commenting, Yeah I think they probably wont happen, still I gotta make this post since I strongly believe that those name and gameplay changes are unjust if its background is only political.

@CuboidMango8935, Dont know what you mean with same level thaat spain and what simulation has to do with what I said, maybe I write something wrong.

Yes I did focus on Cavalry with Ottomans, since Sipahi is un trainable, Hussar is european wide use and Horse Cavalry is weak, while I have read that Ottoman tactics before going full gunpowder focused on Cavalry.

That said those units that you named could added too, frankly I did not seek more info about initial since, pretty much stated that they went full on Jannisary with guns and most other Regiments or so were disbanded.

@VisoredDig20569 Yes its a shame, I have still hope. If they dont change it, there is modding for it, though is quite a pain.