DESCRIBE THE ISSUE IN DETAIL (below). LIMIT TO ONE BUG PER THREAD.
It seems this is a recurring issue in the campaigns, at least in Saladin (see my earlier report depicting the same issue in Saladin 3).

The hints for the fifth mission of Saladin (Jihad!) begins with saying that “Saladin is restricted to a population of 100.”

But that is evidently not the case since the player can get a population of 200.

The hints were not supposed to be misleading or blatantly inaccurate. 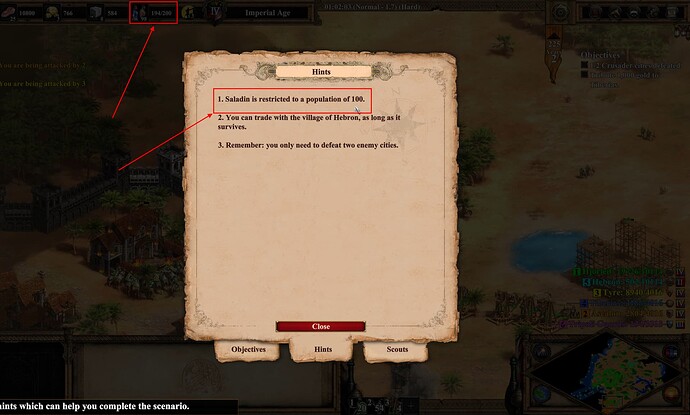 Thank you for the report! we are now tracking this issue