Player Colors Doubled up (one red on each team)

With most colors selected (I think all but one), the last player was randomly given a color that another player had already selected (red). So both player 1 and player 2 were red, on separate teams, with different civs.

Issue: There are two players with the same colour in one match

In the lobby I’m sure that they didn’t have the same colour, one of them was grey. Although in game and at the statistics the grey player is represented as blue. I was very sad when I saw my teammate resign but didn’t know what was happening when I saw that it was one of my enemies according to the scores in the right bottom corner. Then I realised there are two players with the same colour. I could take a screenshot at the statistics part: 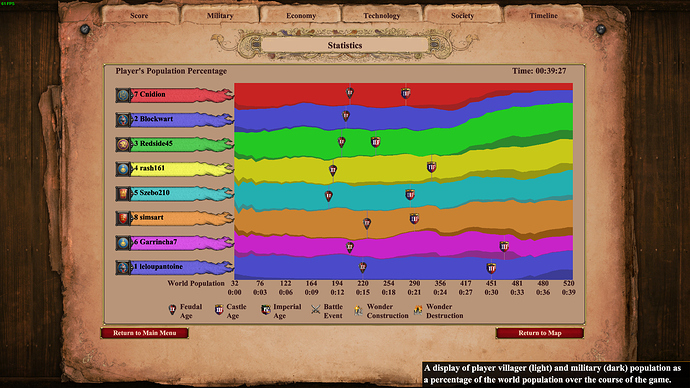 This does not happen to me all the time, in fact it happened for me the first time. I have played around 10 multiplayer matches in this version and this is the first occasion, so I do not know how to reproduce it, guess just try playing matches and wait until it happens once (haven’t done anything unusual).

As on the picture below. Me and my friend chose colours of cyan and purple. as soon as game starts. We’re blue and red, so are enemies. and this isnt Ranked or anything. it was with Extreme AI.

I have tried defaulting settings, Uninstalling and deleteing every dir i could find. and reinstalling the issue still presists… Im not a fan of Blue - and not able to change my colour is just way beyond…

Does anyone know anything? :c 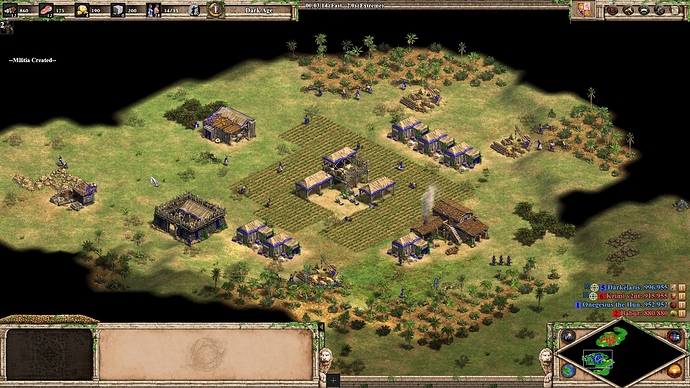 I was playing 3v3’s with friends in lobby with fixed positions. We chose the odd even colours (1,3,5 vs 2,4,6) and encountered a weird bug. We found that on multiple occasions, 2 players in opposing teams had the same colour, which also messed with the team positions. To be more specific, player 2 had the colour blue (and player 1 was also blue). However, I’m not sure as to what caused this bug since sometimes the colours were working as intended.

Start the game a few times with different colours and team positions selected.

Below is a link for a twitch VOD for one occasion of the bug: Here player 2 (k_the_foodie) has the colour blue. There are multiple instances of that bug in the same VOD, about 5 minutes before and 45 minutes after the linked time stamp (1:03:24).

PS:- I have reported many bugs on this forum lately and there has been no response from the developers or community managers. It would be nice to get a response from them so that we know that our voices are being heard.

I’ve been playing 2v2s with my gf and I still have the same bug where colors are doubled up like the previous posters. I was hoping the latest patch would fix it, but we still have the same issue every game.
It doesnt matter if colors are preselected or randomized, we get two red, two blue which makes it very confusing since we are on the same team.
Rarely there is only one color doubled up, and it tends to be red. 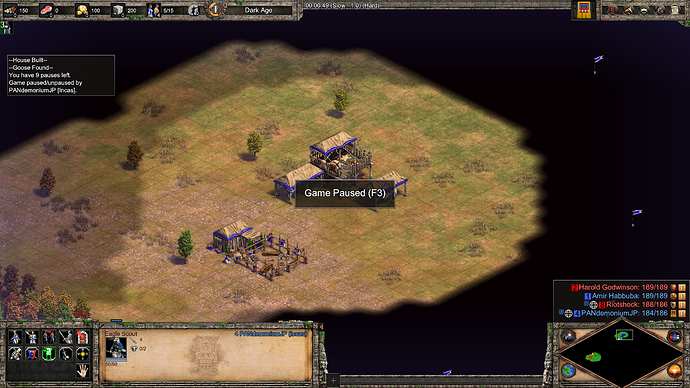 If my friends and I all choose unique player colors, the game will automatically reassign colors to everyone, sometimes causing redundant colors between allies, enemies, or a mix.

My friends and I always go for the colors in the Reproduction Steps. The other team we leave their colors as random and the result is never the same. In the replay link, you’ll see that an ally is orange and an enemy is also orange. You’ll also see that two enemies are yellow.

I’ve seen games where me and an ally were both blue, or I was changed from green to red with an enemy that is also red.

This happened to me a few patches ago as well, although I wasn’t exactly sure how to reproduce it. I did seem like if you picked some colours and left the others on random (like for ai) it would reassign the colours and cause problems.

I’ve had the same problem as well. I usually play purple color, and since my friends and I restored an old game against the AI, this double-color problem has occurred. Could be two players are purple at once, but also happens with other colors (two are red, two blue, etc). It doesn’t occur when I play 1v1 against the AI, but whenever my friends join, it occurs.

I’ve deleted all of my save games, deleted my restores, uninstalled and reinstalled my game with no fix. 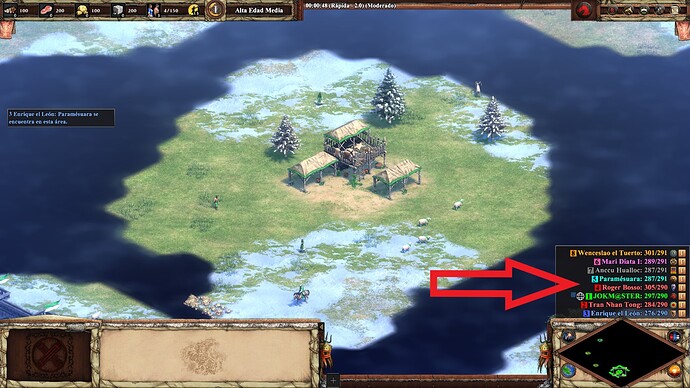 Hi,
this bug is being tracked already.

Ok. Thanks. But a lot of months the game has this problem.
Is there a projection of when it will be solved? With 5 players it already fails me.

ok, short question: what is the porpose of this then: 📌 [OFFICIAL] Known & Tracked Issues
It is not listed as a tracked bug

Great. Good question! An observation… I tried to do the same exercise with the public beta and work perfect.