Have to get this of my heart now, since I keep switching to other games and not recommending Age4 for a while now.

While the gameconcept and flow in general is super enjoyable, I’d consider age4 barely playable because of technical issues when it comes to simple controls.

What I mean by that:
Villagers still randomly going afk or not following building orders, bugging around when building walls.
Siege clipping around with LOS issues with rightclick attacking sometimes just straight up suicide walking into the oponent.
Units getting draged into a fight completely unnecessarily cause of the lack of stances with too big aggression radius while villagers have way too low of a radius when it comes to going to the next blueprint if you don’t shiftqueue them (rather going afk than building the next archery range 3-4 tiles away).

Walling is super bugged in general, if the mountain tile is too small the bluepring wall dragging won’t hook on it but completely block you from walling there, while too big obstacles like forests can lead to hooking on stuff that is not really tight and sealed resulting in an open wall everyone can walk around with no way to fix it.
Additionally to that,villagers build the inside of the walls from left to right first, going all the way to the edges again to the outside round walls to seal it, which results in 3x the walking distance necessary…
Placing a gate sometimes results in opening a hole up into the wall for whatever reason really often on top of that btw… especially with palisades… again: with no way to seal the wall again.

The hitboxes are still insanely off, especially when it comes to deer corpses, picking up relics, clicking on fish or clicking on packed up bombards is an absolute nightmare.
Hitboxes are just way too big with really odd overlapping priority.
Camera is still too close for some situations at hand, feels like vanilla Age1 field of view.

Hotkeys are an absolute mess but I guess you can at least get used to that, compared to everything else in this list.

Overall the gameplay experience, when it comes to the technical aspect in this game regarding controls, is absolutely terrible and I see no work beeing done here since april which makes me absolutely sad.

After every single 1v1 session I find myself opening other RTS games recently just for the sake of having a good PLAYABLE experience when it comes to controls and clicking on stuff… which is absolutely sad cause I WANT to play Age4 but I feel like it doesn’t want to be played and fights me so ■■■■■■■■ hard .

Step up your game devs, you had no excuses back then when you made these decisions, and have no excuses now.

As I have said many times, it is a lazily made bad game for 12 year olds and a quick cashgrab. and there can be no explanation or excuse for it. These days, even spirit of the law is getting disappointed after the patch and everyone will. I say, our time is precious, why play a mediocre, unfinished game when we can play better ones. I have just started playing AOE2 Rise of Rajahs campaigns, and enjoying them a lot. Sadly, I don’t see that charm and magic in AOE4.

the beta ended? It doesnt feel like that. And we have even bought the game for beeing beta testers…

I’m playing this game now for a while, only single player, mainly skirmish, and I’m enjoying it very much, I like the overall concept. But I agree with you that there are annoying things in it. I mostly blame myself for making the mistakes why things go wrong and try to get better at it. But I regnognize some things you’re saying here, especially these two:

I played the beta also and it doesn’t matter if you were on the beta or not.

Your point is true though , the game needs more time 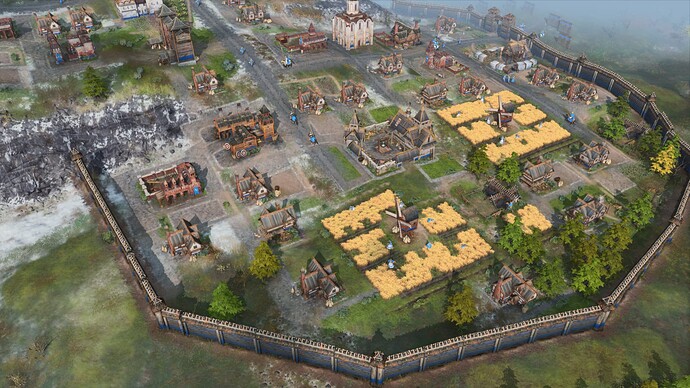