yet the jav is mostly dead despite the jav being the hard counter.

Yeah, that’s a real big problem. There will be butterfly effect in mass combat.

Getting rid of their melee multiplier and/or making them 2 pop completely changes the character of the unit. Simply dropping their range down to 10 or 11 would probably be enough to balance them and preserve their desired role. It would make them have to move more to acquire targets when massed and have a harder time reaching enemy units in the early game. That would dampen their strength when massed and force them into their melee specialized role more often.

I’m not calling for getting rid of their melee multiplier, but reducing it from 4.5x to 3x.

its like comparing skirms against halbs in melee, the halb will beat it but its not a realistic comparison

I am ok with maybe the hp nerf but i think the hand attack multi needs to be higher or it will scale badly later, reduce base hand attack to 8 and we should be ok

The only thing that should nerf the Javelin is its ranged attack animation. Cavalry archers usually take a while to load the shot, the javelin should not be an exception. 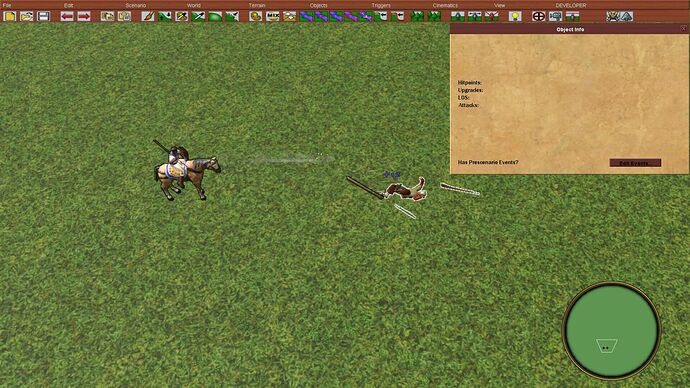 Put the Janissary in melee. It’s not supposed to counter cavalry at range. Zamburaks also aren’t the strongest of units.

as a general rule, muskets should (slightly) beat ranged cavalry by cost. Muskets and skirms do about the same damage to goons, and skirms only have slightly more ranged hp. Javelins and Bow Riders are the ones that break this rule the most dramatically

Also please remove its age-2 anti-artillery multiple and give it back after age-3 upgrade like PUP does for Bow Rider.

I wouldn’t say they’re breaking the rule dramatically. They’re basically dead even in this case and Javelin Riders are only coming out on top because they attack faster and get the last hit in first. All that would be needed to tip the scale is to slightly drop the range of Javelin Riders so that the Janissaries get in the first attack. You don’t need to eliminate their identity as a goon that can do some tanky melee as this guy is suggesting.

There is no problem and javelin riders should never be nerfed again,

Javelin riders are just the slightly better units for African.

Japan have the best archers should we nerf them?

cuirassier kill my musketeers, should we nerf them?

lancer and chinaco kill my Halberdier, should we nerf them?

Javelin riders are just like musketeers and dragoons which are easy to use units, European spam them all over the map. Javelin riders maybe a very strong unit, but African units have lots of weakness. Gascenyas cost wood, Oromo Warriors suck, Hausa have no skirms.

You shouldn’t blame them to be a strong unit and beat their count in map editor. Did you carded your skirms with +15% att and +35%hp, +10% att and hp Guard upgrade, advanced Arsenal upgrades?

Javelin is strong, I agree they need a little nerf but not too many. Maybe reduce the hp by a little. The unit doesn’t get a lot of card upgrades, only one for each civ. However weak units like keshik Ruyter and Sam ram gets a lot of upgrades. Jav rider is still strong but not stronger by much in late game, what really need to be nerfed is bow rider…strongest light cav in any age and gets tons of upgrades.

keshik must be weak, China have 220 pop. their troops are supposed to be weak like Russian. Keshik work great with melee anti cav.

just reduce the range to 10, you kinda want them to get closer for the melee anyway

Neftenya with 4.0 speed needed to walk 10 range every batt to protect the Javelin Riders🤔

Javelin Riders are also the slowest Light cavalry with horse