First of all, I am a professional player in Sweden. At present, the ceo is about 1000 points and has played more than 300 games from 2020/10/15 to now, so I can clearly understand what kind of damage Sweden has suffered. And unfair treatment.

Carl Musketeers are weak in the early stage but stronger in the late stage. However, you need to play 2 cards in the era 3 to have this effect, but the current state is weak in the early stage and weaker in the late stage. You can’t win against pikemen, musketeers, and archers, and you can’t even win against a large number of cavalry rushing over. Then Sweden is a country that needs to pull villagers to build houses, so you may have to run a long way. The gold mines on the map are only a few points. You may be attacked by the opponent in the past, and you cannot escape, and you may lose 135. wood.

In contrast, Japanese shrines are much safer, monks can escape without using villagers, and the cost can be much cheaper, as long as 75 wood. The UK only needs 87 wood. Bank is built at home, and one win 5 trop. The Inca is also built at home and can be used as a wall.

So the reason why Sweden designed the farmhouse in this way is because it has a lot of risks, and after the gold mine is mined, the Swedish economy will become very poor, losing to Germany, France, Britain, Russia, Portugal, Holland and Japan. Only Carl can use the arms, and other soldiers are weak in the later stage and are easily defeated.

So if you really know how to play Sweden, you can only fight to win the opponent around era 3. If you drag it for too long, it will be disadvantageous.

Finally, let’s talk about the Swedish bug. Karl should have a bonus to the assault infantry, but it’s gone. The free upgrade of the spearman to the guard in the era 4 upgrade option does not work. These two bugs have existed for 2 months, and no one has raised them yet.

The under link is from last year’s Swedish master player. He should have 200~400 players. You will find that his economic score can’t actually beat the Netherlands, Japan, and the United Kingdom. Obviously, even Sweden last year is so bad. Now Sweden only worse. 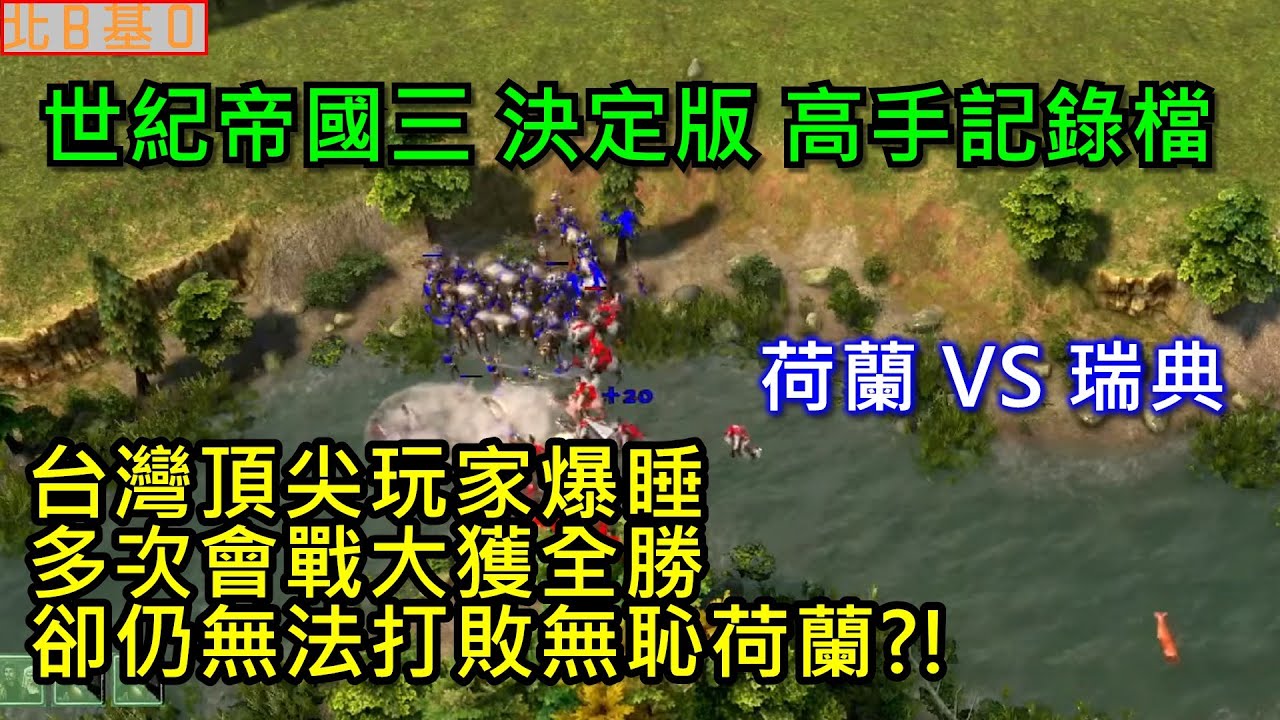 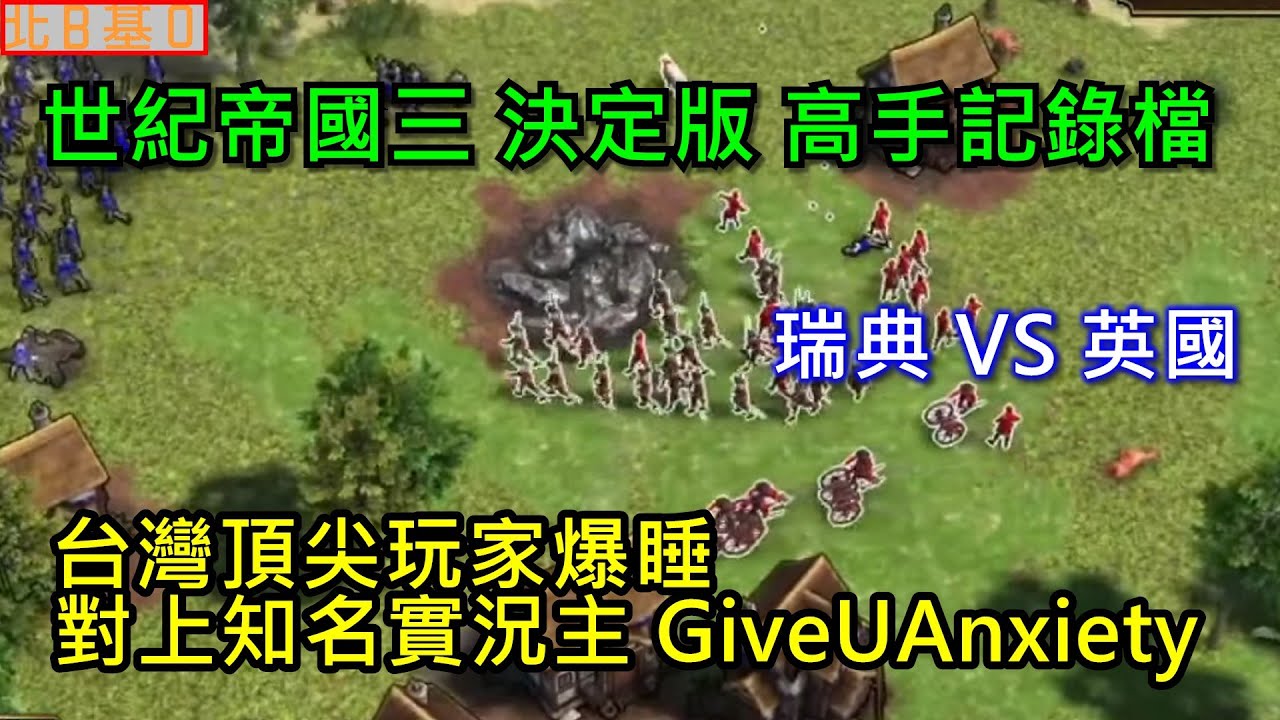 it’s can win , because skill is good

Seems this game only remains Japan and Sweden.

21
It is fun to view the forum even I am playing much less than before.

Sweeden is just about right where it should be. You now have to macro your villigers instead of torping your way through things, just like any other civ.

Sweden is still on the strong side, probably too strong. The unit roster is limited, but eco is still massive.

Is this a troll thread?

You will find that his economic score can’t actually beat the Netherlands, Japan, and the United Kingdom.

The same is true in other countries, what’s the problem?
Listen, there are always some countries that will fall behind, right? and you can’t continue to ask the countries behind to advance, which will cause an endless loop.

If I understood properly, you are telling us that you are a ‘‘professionel player’’ with an 1v1 elo of 1000 ?

It is because I am playing Sweden. Sweden is very weak now, so the score has been stuck at 1000. But I use Japan, Holland, England, and the score quickly went up.

Just like the game posted above, Sweden, whether it is in the early or late stages, cannot afford Japan, the Netherlands, and the United Kingdom. And that was last year’s version of Sweden, the latest version of Sweden will only be weaker.

The strength of the arms also lost to Japan and the United Kingdom. Moreover, once Sweden exceeds 20 minutes, its economic score will also lose to many countries because of the limited resources available to farmhouses. So please stop attacking Sweden casually. If you can ask you to play Sweden now, you will know how weak he is.

In addition, two Swedish bugs have existed for a long time, but no one raised them. Obviously, those who say they want to weaken Sweden have not really played Sweden, they just want to destroy a normal civilization.

I would like to emphasize again that the production team was good at making Swedish designs. The most balanced version was the December version last year. At that time, Sweden could still have a certain level of strength, but now as long as you make a slight mistake, you will almost lose.

It is because I am playing Sweden. Sweden is very weak now, so the score has been stuck at 1000. But I use Japan, Holland, England, and the score quickly went up.

May be just you aren’t playing Sweden well.
so if I play Japan worse than Russia.
Russia must be more OP than Japan according to your logic.

they are also similar country, so I will compare Sweden, Britain, Holland and Japan, but on the whole, the Britain,Netherlands and Japan are relatively strong. Sweden was only relatively strong in the initial version, and last year December is balance,now is weak than anyone. but everyone has not played him seriously, just blindly complaining, which makes Sweden even weaker now, and no one wants to say that there are BUGs. It can be seen that everyone don’t even care about sweden shortcomings, just hope to get rid of its advantages.

Confirmed: every player of Swedes knows perfectly how to defeat Swedes
But they are still playing Swedes rather than against it just to get their score dropped.

If the bugs you say exist please report them, if you have not reported bugs yourself you are not allowed to complain about others not reporting them either. This thread to me feels like a troll who is unable to adjust to changes made to a civ. Yes they are not as insanely OP as they used to be, however they are still very strong and have a real chance against most civs. Comparing them to Japan is an extremely poor argument since Japan still needs some balance adjustments.

So I provide the movie for your reference. I hope you look at last year’s version of Sweden. Its economic capacity is not particularly strong. It loses to the Netherlands, Japan and the United Kingdom. Carl will not be more useful until the later stage, but he encounters a fast break. If you do, you can easily lose.

And even if you demolish her town center and Toshogu, Japan can still win against Sweden. This shows that Japan is much better than Sweden. And this is the situation last year, and it must be weak now, so I hope that everyone stop attacking Sweden and let officle adjust Sweden to last year’s version.

and I tell sweden is have two bug over 2 month ,and no one to tell that , because no one care about what sweden lose, just want nerf them ,is not fair.

Here is the thing, those people you played in your videos are significantly higher elo than you. Skill here is a massive factor in determining if a civ is over or under powered. If you were on the same level as these people I would take your opinions on the matter more seriously. On the point of no one caring about bugs for Sweden I will repeat myself, you need to report them yourself on the report bug forums if you notice bugs. There is an outlet to do this on so your comment about no one to tell it too is complete BS.

The economy of Sweden is perfectly fine. You just need to keep building villigers instead of having torps make up for them. If you constantly build villies, there is no way you can get behind civs like holand, japan or UK.