[POLL] Should Microsoft fire Relic and look for another developer for AOE IV?

Instead, I think the game is going to get better. I judged from your other post that you won’t play this game at all, and the level is definitely very low. You are not eligible to initiate a poll!

a poll consist of democracy, people reads and votes. I never heard that the “poll initiator” must have special qualities.

the poll is easy; relic should continue AOE4 yes or no. I dont see any disrespectful post

edit: i made it simplier hope you like it now

Mummy brought gamestonk aoe4 and his not happy, it wasn’t made exactly how he wanted

Sometimes I also think that Relic is an abbreviation for “Real love is Company of Heroes”, since there seem to be many more developers working on it than on AOE4.

I wouldn’t go that far to take the project away from Relic. However, AOE4 absolutely needs more developers. If Relic doesn’t have enough developers or they are fully occupied with Company of Heroes, other studios, such as Forgotten Empire, should help Relic. The current development speed is to slow. I think the developers work good, but they are just not enough people.

It’s pointless to change developers or hire another studio to work on it. Engine is Relic own tech and new team or just new developers would need ton of support & time from Relic Staff to be effective with it. Relic clearly chooses to focus on COH3, by releasing it year after their previous game making it unlikely that AOE4 is going to be main focus of studio anytime soon as closer COH3 is before release more developers it will need as thats their main series…

And this Is a understandable reason. CoH Is their IP and i always said the best developers are working on It and all of us can see how different in term of quality Graphic the both games look like.

Microsoft should put pressure on Relic to change this. I don’t think any developer studio can afford to mess with Microsoft.

I remember this company that made a great RTS once. The graphics were outstanding for the time. The campaign was breath taking and paved the path for futures to come. The cinematics were amazing. The gaming market rejoiced at this success.

Years and years later, the original developers gone, the company culture changed and almost 20 years of more advanced technology, a remaster was made. Another team in another company that happened to just carry the same name, picked up where the original at the time could go no further. 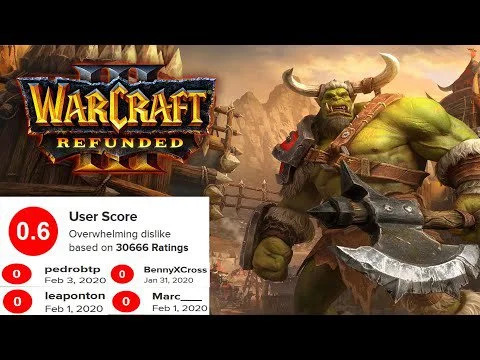 For the love of God, do not make someone else responsible. I can’t bare no more horror. Even good financials dislike working in other people their Excel files, even if they are well made. But coding and formula’s is as much as art as it is science.

Giving this to someone else will only give rise to the only RTS competitor to surpass the world record of Warcraft 3 Deforged as the worst game in written history. And I can’t bare no more.

I was about to mention this lol.

Thank god that certain company is not behind this!