Possible ways to incorporate the crusader horseman into Teutons

Feel free to make suggestions below, I’ll just start with my own

Make the crusader knight/cavalry as an upgrade to the Paladin(3rd upgrade, paladin being the 2nd) enable stats to be given the +2/0 melee and be given bonus dmg vs archers, perhaps +1.
Or just the +2 defense is fine - price could be 800 food, 400 gold or something along those lines.

An alternative is the remove the paladin upgrade and replace it with the crusader knight.

No. There are already mods that simply replace the Knight line unit skin. No need to make such wild changes.

The scout cavalry upgrade is one such reason.

Aesthetic reasons being another, and not just for you yourself to see, but also for enemy players.

They specialise in melee combat. The civ needs a weakness.

They used to have the scout cav upgrade prior the +2 bonus to stable units being implemented. It’s perfectly reasonable.

They used to have the scout cav upgrade prior the +2 bonus to stable units being implemented.

Uh what? They never had light cavalry at all.

At that point just ask fof the crusader skin. No reason to balance change for a skin

I remember this change fairly clearly.

The Teutons are a Central European civilization in Age of Empires II. They focus on infantry. The historical Teutons were first mentioned by Republican Roman authors as being from Scandinavia and allies with the Cimbri against Rome. The in-game... 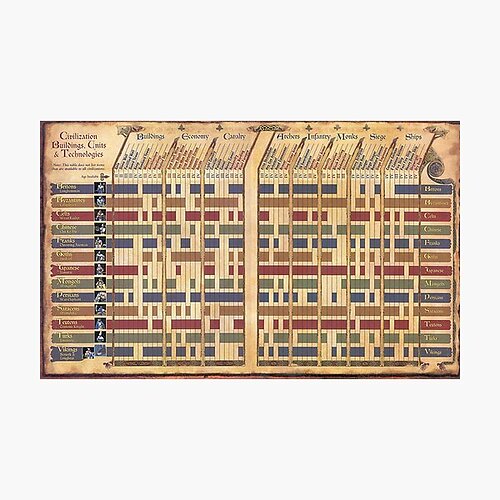 even back to the original aok day tech tree. no light cav for teutons.

Very weird, I clearly remember the scout line upgrade being removed and there being a good many complaints about it and requests for it to return.

nope. never had it.

Hm, maybe I’m remembering the removal of bloodlines without them even adding the scout line upgrade complaints

Bloodlines wasn’t removed from teutons either

Pardon me, I was thinking of husbandry, and the memory appears to be from a thread conversation from a ways back I am fairly embarrassed.

I may have mislead myself with certain threads and given myself a few false notions.
It’s particularly embarrassing since it’s a notion I’ve allowed myself to believe for a few years now.

Thry never had husbandry too

What I mean is that the thread stated bloodlines and I had in my head speed and the conversation went about stating it would be a huge nerf without at least adding the scout line upgrade. Something along those lines / beyond that the notion grew with other threads.

That being said, despite the false notions, It is my belief that since they do not have husbandry and adding in the possibility of removing the +2 armor for the scout-line that it would stand to reason that they would be within balance to receive the initial scout-line upgrade.

I don’t see any reason to change the civ balance. My suggestion would be: change the way modding works so that it’s possible for a graphics mod to reskin the Teutons’ Paladin with the Crusader Knight skin without changing anyone else’s Paladins. Then release such a mod as part of an event.

They would then also be able to rerelease the Mongol Houses to Yurts mod, the only event mod I’ve cared about keeping and the only one you couldn’t keep.