I was enjoying talking with other insiders of the AOEIV closed beta of this last week. Even if devs don’t read it, it would be awesome continue talking of it.

Can some moderator make a closed forum for all of us if this message get a lot of likes? Thank you!

4 weeks is not soon for me, I am really hyped and I just can’t wait @TheFibrewire haha

I would bet it might be the same forum. When it was active it had

symbol because it was locked from non-beta players.

I still miss one 'AoE III features missing in AoE IV ’ thread. By nature I guess it would be very much on the border of NDA infringement now:) 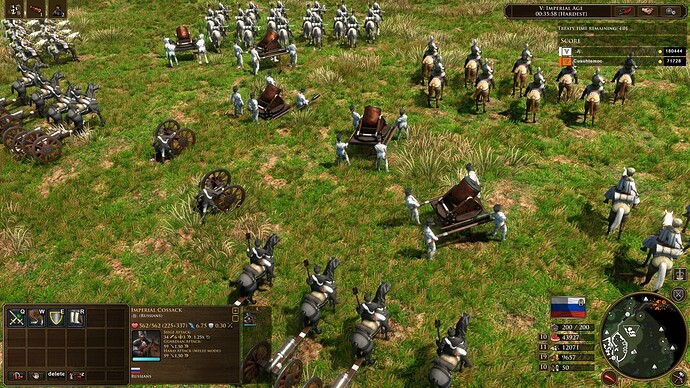 agreed, hope they don’t purge it.

We were asked to offer an opinion about a version of the game that will never be available to anyone in the future so there is no point in continuing those discussions, now or when the next beta starts. That’s the reason they don’t want us to talk about the closed beta even after the game is released.

Yeah all that feedback is going in their archives.
Anyone that was part of closed beta was basically to a certain extent involved in the development process. Relic and worlds edge wouldn’t release that kind of info to the public. Hence why we have NDAs that extend to even after launch.

Remember, the terms of the NDA still apply, even after the beta concludes and come launch day. You can check out THIS article for more information on the NDA as we get closer to release. 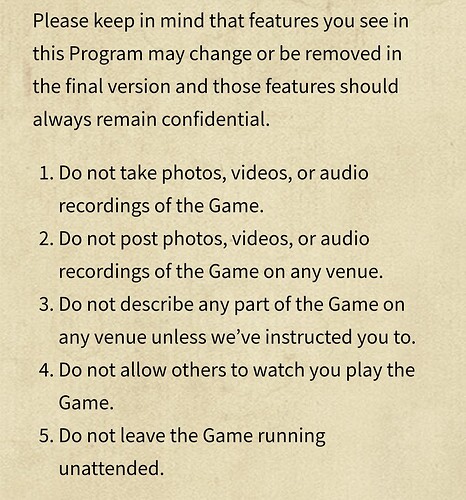 A lot of forum posts will have that content so it’s safe to say that the public will be seeing none of that.

That doesn’t change too much imho. Why would that be any threat for anyone, as if some common buyers will dig x-year old threads on beta forums to judge the game?

Yes- ‘bugs’ feedback will be (let’s hope) irrelevant, but there’s much more than that- offtopic discussions, suggestions, various ideas…
It’s after all history and feedback from the fans. Nobody in their right mind will take 2-year old posts about shadow glitches as any valuable information after release. 99,95% of people won’t even seek to search these beta forums.

For the sake of curiosity I’d like to see that preserved. It will be fun going back at the end of IV life cycle and see who guessed what features, how things shaped up

And people in general like that - you hear a lot of complaints after EA or BioWare is trying to purge forums. It’s just doesn’t feel good.
Hell, they can be only visible for registered users. Butr then again- only community would care about early days user feedback.

At the end of the day they own our feedback.
We consented to them using it as they please.

It’s up to the dev team if they want to show to the public older versions of the game. (often most companies don’t)

We aren’t aware of the dev builds of lots of games because the companies keep that content for their own discression.

And people in general like that - you hear a lot of complaints after EA or BioWare is trying to purge forums. It’s just doesn’t feel good.

This is very different from just censoring random forums. Dev builds are confidential items that the company wishes to keep secret. You can’t expect coca cola to let you release their recipes and pictures of their factory just because they let you taste their new flavour.

Them allowing you to play a closed beta and give them feedback is not something taken lightly.
They risk leaks and bad press for a game that’s still in the works.

I didn’t get a chance to talk, I was to focused on playing lol…they really should open a private chat just for us to bs around with.

Yeah with the beta forum closed the NDA is smothering me. Why shouldn’t we be able to talk about the English Cromwells and Chinese Type 99s? THE PEOPLE NEED TO KNOW

Yes NDA privates to talk with other people but as far I know we talked on a closed forum until a mod closed it, I don’t think we are doing something bad if he have a continuous private forum all those who participated on the closed beta 🤷

I mean, right now we can’t even make suggestions really- any suggestion we make violates the NDA because it discloses something that is not in the game. I was writing up a Byzantine suggestion thread but I can’t because I can’t suggest certain things without indirectly revealing info about the other civs. We need a NDA-safe subforum.

We need a NDA-safe subforum

That’s what I am asking for!

that’s what we are all asking for lmao, our own private clan chat lol

I know I was echoing everyone else

It was fun losing my games. Wish I had more time to play it.

It is not in the purview of us mods to make secret sides to the forum. Sorry!

No worries Andy, is just we are so Hyped. Thanks for answering

Unfortunately, I am working 2 jobs till my car gets fixed and catch up some bills. Not fun having the air-conditioning unit blow up under your car when its hot. I did enjoy what little time I got with this beta. Just did not like how locked down to playing against the computer even with another human team mate. Tone down the color brightness should make the game look more realistic. The bright colors made the game look like plastic toys being animated. Not a huge problem if their are settings for such in game. Tell ya, easy kicked my butt fairly fast in this beta over playing older versions of Age of Empires.