I am Chinese.I try to be objective.Let’s discuss it together

Maybe I have some national feelings. I’m sorry

the rate of export generation per vil is 0.03

Granted export is not used for much but I think if we already have the consulate (which is the good part), either just get the 100 export or the trickle

I think the consulate + 100 export is more enough, reason being that with the consulate you can get either the russian consulate (which now reduces vil cost by 10% and reduces train time) which worth a lot

or the French consulate which provides increased gather rate (5% to all, so the same as civil servants, worht about 150 resources) and now has an age 1 crate of 300 food, which really speeds up your age up time

This is an interesting discussion to read

I think have only 2 of them, to me preferably consulate + 100 export or the other option is consulate + the trickle.

I understand the idea and it’s cool, I see only one problem is that for a classic ff the redcoats will be trained much earlier and we can defend the ff very easily with it, it may be a litle too strong but we have to test I think for sure but yeah it’s an interesting shipment for sure

regarding some suggestion : I would not have removed 100f at mexico start because our age up time is quite correct, the - 100f will slow us down a lot and our age 2 army is expensive and long to train, the civ will be too slow now I think, I’d rather remove the 100c because the 100c can give a market huntings dogs tp and house if we manage to find some wood or coin treasure which in our current map pool is very common to find

with regard to the incas there have been good changes, but there remains the problem of the huaraca this unit is just impossible to kill because it has too much range and atk, it would be necessary to nerf the range atk and the problem is that it has the same range for siege atk, it’s a real problem and the 40 of atk or smth is just too much (to give an idea this unit is less expensive than abus but much more resistant and much more siege range and damage)
regarding the fort really I suggest limiting the garrison capacity of military units because 50 units jeez is too much it’s lame it’s just impossible to take a fight with an inca fort in the middle of the map so plz need to limit that at 10 or 15 really, I’m not exaggerating it’s just impossible to win against this fort, it’s not for nothing if the civ is hated by almost everyone and this fort is one of those reasons

regarding some suggestion : I would not have removed 100f at mexico start

And we appreciate your feedback. You bring up several good points and things to keep an eye on, thanks

Maybe making the paddy technologies except for Mechanized Rice Cultivation and Collective Economy cheaper by 80% or free would be suitable. That would worth more than the 1200 wood for restricted use.

I understand the idea and it’s cool, I see only one problem is that for a classic ff the redcoats will be trained much earlier and we can defend the ff very easily with it, it may be a litle too strong but we have to test I think for sure but yeah it’s an interesting shipment for sure

Personally I think it should be ok-ish, since sending the card is done as an alternative to sending Northern refugees, so china would be down the 2-3 vils that it would normally get and that should slow the ff-though probably not by much.

oh yeah ok I misread for the start mexico my bad, ok then i think should definetly remove 100c xD

concerning the incas, the real problem is not the eco or the number of vills that we have at the beginning or even the start that we have, the real problem is certain mechanics of the civ which makes it too strong , we can be slower than your opponent but if the units are not possible to kill and in addition we can put them in a fort which destroys everything afterwards it’s still too strong, with -100 f at the start I admit that the civ will be slower, it will be an age up at 4min30 and an ff at 7 min instead of 6min30, what will change in any case the civ will be played the same way as today and the ff is still too good because the huaracas are too strong and the fort allows you to garrison all units (even if the infinite huaraca shipment is removed), that’s why I would like to see a limit to this rather than trying to nerf the eco or the pop of kanchas or - 1 vills at the start, as I say the problem of inca is not really the eco, it is the fort and the huaracas sincerely
and I can assure you that if you nerf these 2 things about the incas the civ will be more appreciated less gimmicky and more balanced and people will be happy for sure, every time I ask someone what’s wrong in this civ the answer is always the same, it’s the fort and the huaracas

This is exactly right, I think that what you did is very clever because it taps into a potential that was there but couldn’t really be used before, and several new BO. I too like the idea of being able to ship NR later on and that it incentivizes the use of previously underused cards as well. I think China is going to be a strong civ but not OP, although people are gonna perceive it as OP because they are used to playing vs a weaker China.

The equivalence to 16 villagers is a false one, because the gather rate is so miniscule to begin with that to invest in a meaningful export trickle, always means that you are gonna see a ‘‘big number’’ in comparison.

If you decide to nerf it in the future, I would first evaluate changing/reverting some consulate technologies before doing anything to the card, since it’s an amazing concept. If you decide to touch the card nonetheless, I’d either lower the 100export and keep the trickle, or move the trickle to Sumptuary Laws while somewhat improving other resource trickles from that card as well.

Thanks for everything devs!

if anything the 100 export helps cover the cost where you would formerly have to wait until 300 export was shipped, and then ally with brits (etc.) to get max value in specific consulate builds. now this sorta covers the deficit of an early alliance, giving you a bit more speed. it may be a bit too strong, but until we have some good pvp I wouldnt be to concerned yet.

concerning china I just tested the ff with the consulate age 1 and yeah I had the 6 redcoats at 7 min instead of 8min30 I believe, I think it may be a little too strong for the ff because let’s say we have 6 redcoats at 7 min + mm plus the batch of units that arrives at the same time of the wonder, it looks hard for your opponent to punish this ff i think
and in addition you save 200w of the crates of 700w age 2 which suddenly you can build a village instead and suddenly you are never outpop, I sincerely think that this card makes the ff insane, maybe this card should give less export, 100 its maybe too much, even if I understand the idea that the card is worth 200w + 100 export which gives 300 ress in the end, but there is also the xp that the building gives to its construction ( well its only 50 but still ) and the bo behind which is really very very good then

Regarding this card it should cost coin tbh because it’s still a mercs shipment right, why doesn’t it cost coin ?
especially since it improves the rate of fire of iron knight so it should definitely cost coin tbh

@vividlyplain interesting map btw I personally like it, I appreciate the fact that there is no naval point, very interesting 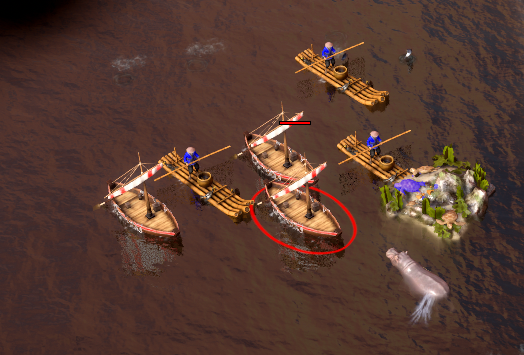 it might be necessary to put 2 boats instead of 3 I think, it makes some civs broken on this map (I let you imagine hauds for example or brit

), also the boats should be spawned each on their side, I find a little strange the fact that they are all in the same place at the beginning xD

Also I tried to launch some game on the map and each time I see that the bottom player has his food a little further than the top one, so maybe it’s me who is unlucky I dunno 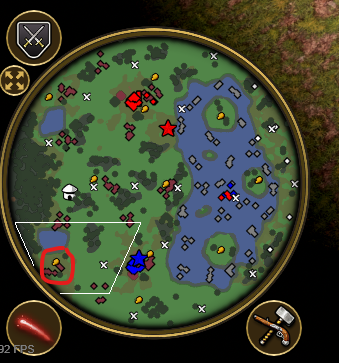 this one most of the time

Thanks for the map feedback. I’ll investigate further.

Since Quechuan Mountaineering had the speed buff halved I think it may be nice if the price got reduced as well. Maybe not necessarily halved but maybe 200food 200coin.

Maybe they should make it so there is a cooldown on garrisoning garrisoning/ungarrisoning so that it can’t be micronerded to death? Or make the process slower, like if you have 50 dudes around the stronghold they can’t garrison all at once but 1 by 1. Same for kallanka ofc. This way both buildings keep their intended mechanic without being annoying.