Question: how to make this map the equivalent of Western EU diplo map?

So i’ve been making a lot real world of diplomacy maps for a while, but a map that people seem to love is this one 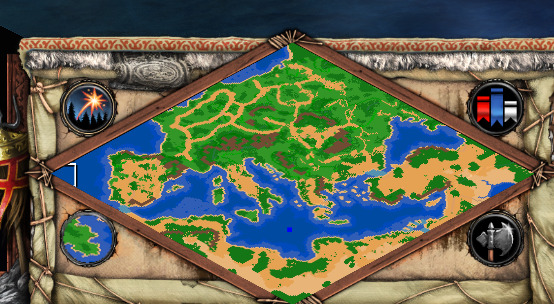 What is it that people like about this map? i am personally not a big fan of the unrealistic stuff like connecting spain and africa thru swallows or deforming the black sea, or leaving out the UK and other places, how can I make my asia map the equivalent of this map that people seem to like a lot?

leaving the UK out makes sense. Being on an island of your own means you’re safe until someone goes heavy on water and/or transports to you. The shallows in Spain make sense again for similar reason. If there were no shallows, you need to just wall off a narrow path and you’re reasonably safe, while someone spawning in France or Germany can be attacked from any direction.

The UK would be too small on a giant map size like western EU is, so i dont think i’d be unbalanced or too op, i’d be just a secondary base with a bunch of docks

UK left EU, so we dont care about them anymore

Map of the Europe is most likely the most popular, because it is played by players from there…

savage, what did the brits do to deserve this treatment

#Ireland Matters
And how is that map “West EU”, more like EU and part of its colonies?