DESCRIBE THE ISSUE IN DETAIL (below). LIMIT TO ONE BUG PER THREAD.
Was playing a skirmish on Amazon map, 2v2. Spawned on north side of map. Ally spawned east of me. I went to build a Trading Post on the easternmost location but the ground was a steep hill directly over the location to place the Trading Post and the game said the terrain made it impossible to place the building. I was sad. The entire game progressed with that post left empty as not even the AI could place a Trading Post on the spot either. (See attached screenshot). This is the first time I’ve encountered this problem on this map after several previous matches.

What was SUPPOSED to happen if the bug you encountered were not present?
I could place a Trading Post without incident. 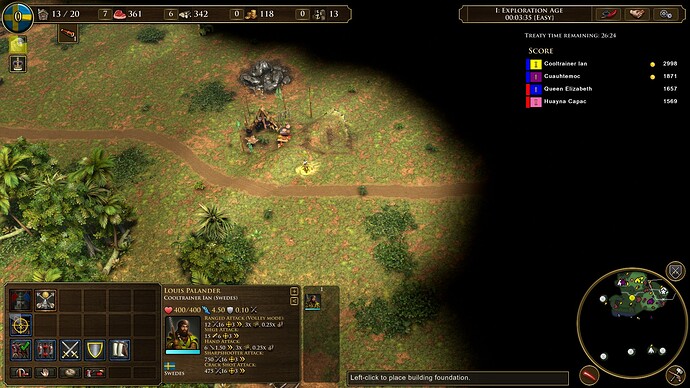 Attach a SAVE GAME (.aoe3Ysav) or GAME RECORDING (.aoe3Yrec) of the match where you encountered the issue. Link it below if using an external file service.
I did not record the game.
*

To clarify, I WAS in range of my ally’s Town Center. This was NOT a problem of being too far away during a treaty game. It was strictly a terrain being a giant speed bump issue. I’m not even sure why these random rolling hills are a possibility as they only serve to make the terrain impossible to build upon. 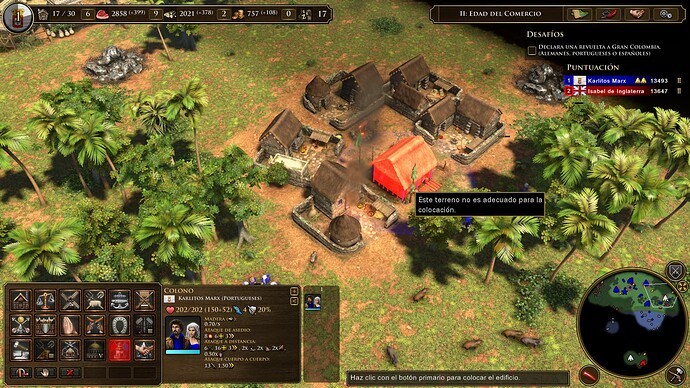 Thanks for the report. Hello, this is actually a separate issue that we’re tracking here: Can't build TP on Amazon Map

The original issue in this thread has been fixed already.