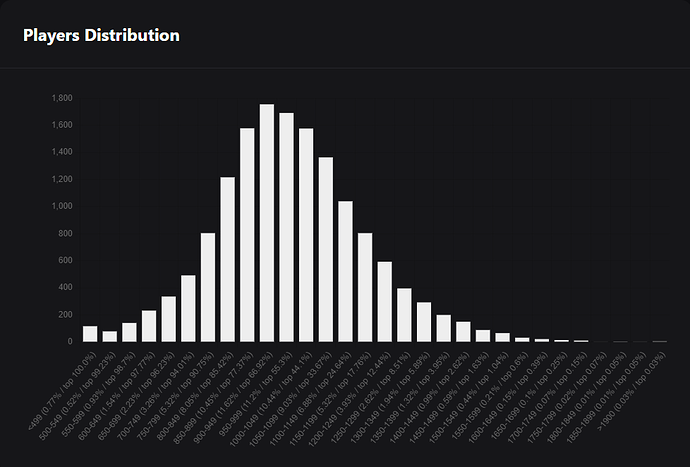 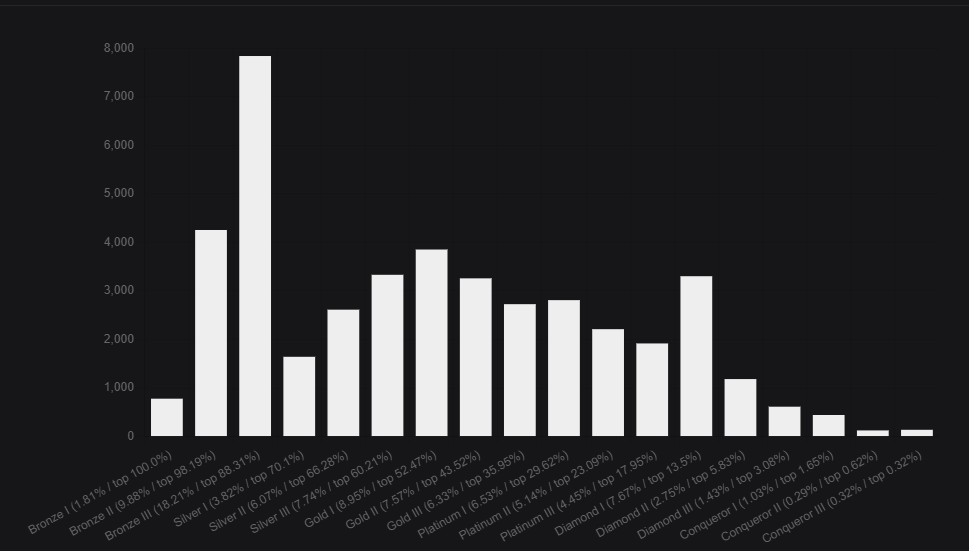 Felt like they could have waited till season 2 to fix the point system, I jumped from platnium 2 to diamond 3 and I’m versing a massive mix of pros and players with significantly lower skill than me.

I thought the elo ratings didn’t change. It’s just the rank points changed. Matchmaking should have still pit you against similar players. But I am hearing more and more players complaining about bad match ups.

They did it right before season end because people were complaining about gated rewards, unachievable unlockables, blah blah blah. So they used the “fix” to artificially boost people up and give them the rewards they all were whining about. And in S2 im sure the rewards system will change, or with the fix, it’ll keep the general population at a higher rank to get better rewards overall

Something is not right, and my win rate is off because of it.

Problem:
The last two ranked matches I have played, it paired me with some insane players. Why can’t the matchmaking pair me with someone in my tier, or slightly above. It’s going to insane lengths of matching me with platinum players?

This needs to change soon because this doesn’t make it fun.

I’m also suspicious on some games that I’ve played, where it crashes during the loading screen and I get an immediate loss. I feel like the player that I’m matched with is somehow rigging the system and causing my game to crash, but they are being sneaky by not doing it every game to fly under the radar.

Do you have low number of games played? IF so it could be your invisible rank still fishing to find your true rank?? I’m just BORROWING ideas from ppl that posted above you.

24 matches + the qualifying matches. To me that doesn’t seem small. Granted it isn’t 80-100 matches that others have, but to me they should be able to match you properly with at least over 20 matches.

i think after the fix the visible rank has deviated a lot from the invisible MMR, which is why sometimes you get matched with visibly higher ranked players. I am hoping this to be a temporary thing, and might get settled down once the rank gets normalised closer to the invisible MMR. which means some people may go on a winning spree and some on a loosing spree. If you see the current state of player distribution of the ranked ladder 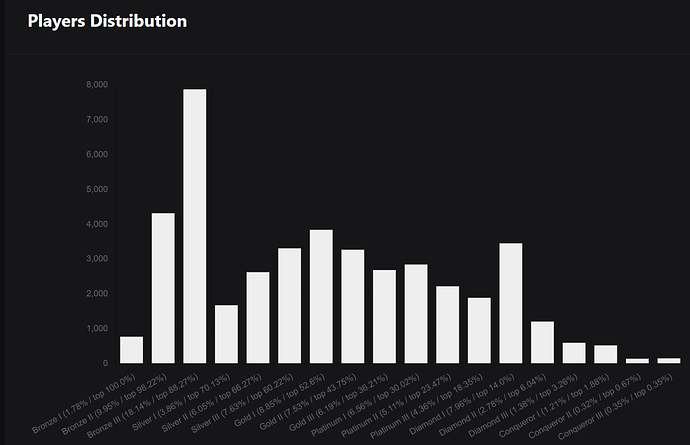 image1444×933 65.3 KB
there are still a lot of players stuck in bronze and surprisingly a lot of players in diamond. ideally this graph should be evenly spaced out among the players, meaning a smoother curve with less spikes. Hopefully this last week of season one will even out the spikes. But i might be wrong.
SugaryGraph1416 June 22, 2022, 5:59pm #32

bronze = played 5-6 games and left.
diamond = harder to explain. Speculation: learn some builds + know the game, but higher rankers play 24/7, so it’s super hard to progress. Or higher ranks forced to have only 2000players in total.

(imho) There no need to fix bronze spike…It will be fixed as players will leave themselves.

What distribution for 20+ games?

My experience is similar to Drumsin. Matchmaking is a joke now.
I am a Bronze player who isn’t even in the top 30,000, and am being matched against Platinum and Diamond players in the top 5,000.
Unsurprisingly, I am being crushed in these matches.
Under no circumstances should these matches be made, regardless of any hidden Elo.
At the very least, I would expect the matches to get fairer the more loses I have.
Something is seriously broken.

The season is over. There is point of them fixing it now just to have it start over july 1st?

Take your lumps for the time being.