I mainly play multiplayer ranked games, in the beginning I played the game I didn’t have any problems, but now since a month or so I can no longer see the civs in the load screen, in game I can also don’t see who I am playing, the score only shows the score and colors. And about 40% of the time the game crashes to desktop when starting a new game (at load screen), the game has never crashed during the match.

I’ve tried to reinstall the game without any luck. Did anybody else encounter this issue and found a solution? 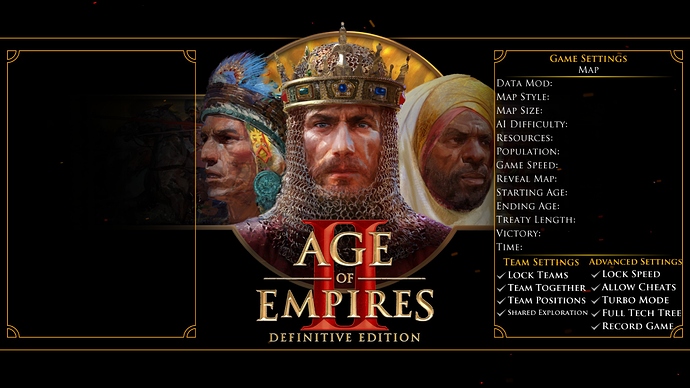 I have exactly the same issue, maybe i can add a thing or two that doesnt work for me either:

-chat does not work at all
-i dont see name of opponents, only the civs at the scoreboard
-the only way to find out the name of my opponent is to go to the timeline section in the achievement screen
-singleplayer games have 0 issues
-tabbing out at any point between pre-match after u found your opponent(s) and start of the game will crash the game in the loading screen 100%
-the multiplayer games work as long as i dont close the game. after i close it i have to completely restart my pc in order to play again (this might be a point to look at)

i hope this maybe helps.

so i just found this, maybe it helps you: Game crashes on loading

Thanks that seems to fix the issue for me