Rant: This isn't call of duty, stop nagging us upon startup 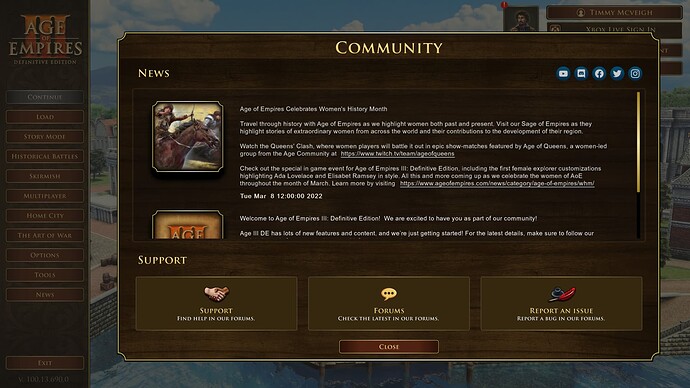 This is something I would expect from a console game, not a PC game. Even worse, I have to deal with this other pop up once a week that asks me to pick a new profile picture. If I ignore it, it comes back the next time I start the game.

Community update popups are rare, for people that play 3DE daily or almost daily- they are a very rare occurrence.
And new profile pictures are a weekly reward. It takes 1,5sec to pick a random one and close the window if you don’t care about the profile picture.

And please - speak for yourself.

“We” bruh, speak for yourself or shut up.

The weekly pop ups for profile pictures are an annoyence, period.

They are not an annoyance. Period.

It doesn’t matter if its just ME, WE, or whatever pronoun you and your army of woke libtards want me to identify as.

You really need to chill or your adventure on this forum will be cut short. Believe me, it’s not a good place to seek help with juvenile anger issues.

Its interesting to point out that most applications like steam have the ability to turn off news update messages. Seems like its more than just me, just saying.

If you want an option to disable any popups create a thread with that suggestion in an appropriate subforum. When (and if) it gathers enough support there’s a good chance developers will implement it in the near future.

Btw, its more work than just picking a random profile picture, you also are NAGGED if you want to apply it, too.

How many mouse click does that whole thing take to ‘get rid of’, 4? Is this really of such significance in your life that it’s worth raging about?
I’ve never seen a single post mentioning them, let alone complain. If anything people do the opposite and are grateful there is continuous support for such an old game.
Don’t want to discourage you, but if I had to guess this issue atm is probably quite low on dev priority list, and acknowledging it might be on their list at all is a courtesy. 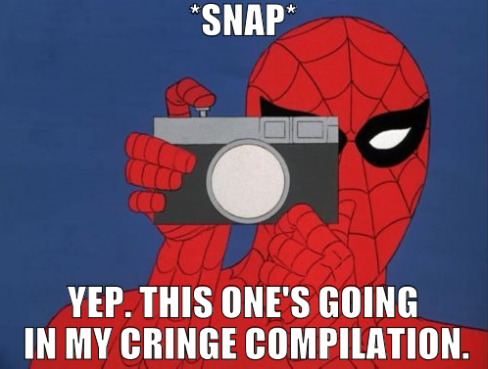 Threads like this is why we need a downvote button in every forum and social media.

having to click on four things once a week isn’t that big of an inconvenience. The “would you like to apply it?” pop-up is a bit extra and it has no purpose (if I want to apply it I’ll go into the menu and apply it) but it’s literally such a small thing you forget about it within seconds and you can get right into the game.

I like the weekly profile pics rewards pop up as it reminds me to claim it.
You don’t like it? Deal with it.

Hey, mate. Some of your concerns are legit. Don’t give others a reason to dismiss your thoughts by being too edgy. I don’t like pop-ups or weekly profile pics either. Back in the day we got all the pics for free.

Seriously now people are mad because they give you new profile pics that pop up one a week. Relax dude it’s not that big of a deal

Some people seem to need to rant about something in order to function. Why is getting profile pics once a week such a triggering issue for you?

It’s the inherently exploitative nature of it. Time was, a company could understandably advertise their product previous-to-purchase in the spirit of free commerce and expression, at which point the transaction had been completed and it was up to the consumer to choose whether or not to play more based on the merit of the game itself. Companies didn’t, however, constantly nag you in-game via excessive pop-ups, nor did they try to compel you to play with cheap rewards like profile pics as if we were babies who could be entertained by jingling keys.

How many mouse click does that whole thing take to ‘get rid of’, 4? Is this really of such significance in your life that it’s worth raging about?

actually, it is extremely frustrating that if I have to do even 1 extra click to do something every time.

So, if you’re playing this game all the time, at least on a regular basis where you’re not skipping a single week, that’s extra 52 mouse clicks per year.

Please read your post again, and try to reflect on the use of words extremely frustrating
There is a good chance you’re doing more missed shots (i.e. misclicks) in an intense FPS game in ten minutes.

Please do contact developers directly in order to solve this problem, this is truly a scandal.

thats where you’re wrong, and you’d do well to read thoroughly!. although in your example not seem like much, for people who play on, off, with computer crashing, game crashing, internet crashing, play an hour here or there, restarting game would triple that.

now for modders who require to restart game to have things take effect, with easily over 40-50 restarts per day doing editing.

now my example is in the minority and in the extreme, the point is people have different tolerances and you should not talk down to them because of it, do well to keep that in mind.

Where am I wrong?
What do restarting and crashing have to do with weekly avatar rewards?
Once you pick it window doesn’t appear till the next week.

now my example is in the minority and in the extreme, the point is people have different tolerances and you should not talk down to them because of it, do well to keep that in mind.

I’m not sure you know what this thread is even about.
If you’re getting new avatars every time you start a game you should submit a bug report.

BTW what crashing? I’ve got 391hrs on the Steam counter in 3DE and can’t remember any crashing. If you’re playing broken mods that’s on you, but one way or the other it’s not related to the avatar reward feature in any way.