Really excited about historical battles, and their choices

I would personally appreciate it if the game goes beyond the scope of colonial wars when it comes to European countries. Because AOEIII is one of the very few RTS games on the early modern period, I really wish to see some important battles in Europe in this period. I’d also interested to have more historical contents in Asia (the Chinese campaign is mostly fictional, the Japanese & Indian ones are more historical-based but with a limited perspective).

More importantly, I sincerely hope there will be further updates of such contents after the release.

I hope they can improve scenario editor at first (like aoe2), so we can make these campaigns by ourselves. You know, AOE3 scenario editor is full of defects, it cannot set initial age or custom AI like AOE2, cannot change HP/AT/DEF by simple trigger, cannot make custom card deck, etc. We have thousand of AOE2 single player campaigns in AOKH or Custom Mods, but nearly nothing for aoe3.

In America I would like to see the Siege of Lima or The Siege of Cuzco, or at least the battle of Ollantaytambo, which was a turning point and the final battle of Manco Inca Yupanqui. 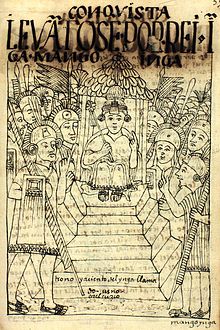 Conflicts between conquistadors and rebellions End of the Neo-Inca state The Battle of Ollantaytambo (Spanish: Batalla de Ollantaytambo, IPA: [baˈtaʎa ðe oʎantajˈtambo]) took place in January 1537, between the forces of Inca emperor Manco Inca and a Spanish expedition led by Hernando Pizarro during the Spanish conquest of Peru. A former ally of the Spaniards, Manco Inca rebelled in May 1536, and besieged a Spanish garrison in the city of Cusco. To end the stand-off, the besieged mounted a raid ...

I know this is less likely because the Shuar are not even in the game as a minor civilization, but I would like it to also address the failed attempts of the Spanish Empire to subdue the Shuar people (Jíbaros), they are the only natives of North America and South America that they faced the colonial power and win.