Rebinding "Cancel Construction" has no effect

There seem to be quite a few hotkey bugs which were more fully pointed out here: 16 bugs and missing hotkeys I found today. Help me solve them

but I didn’t see this one on that thread.
Rebinding Cancel construction has no effect. It stays on its default assignment of “a”.

I tried multiple different keys, and also restarting the game after saving changes. No effect.
I’m going to see if I can change it via an .ini file. If that works I’ll respond here.

edit:
I’m playing without mods
Also, the game crashed twice while attempting to edit the hotkeys. I don’t know how to reproduce, but it might be relevant.

Also, the game is super cool, and bugs happen. Thanks for your hard work devs!

Looked in the .rkp file for the corresponding profile and found that the changes are indeed reflected here. However the key is still bound to the default. 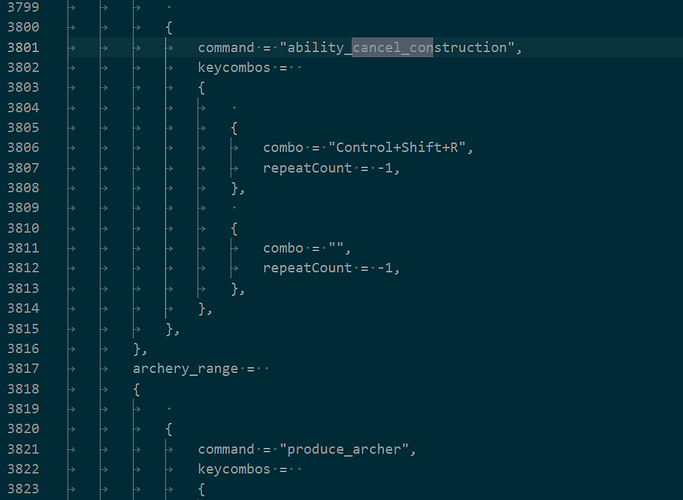 Should be a fix coming for this one @CelestialZzz. Thanks for the report!