So i ve stumbled accross some cards, which are entirely redundant. I dont call them useless because they are still good cards, but they are useless in the game, since there are cards which are better in ALL Situations. Usually they are single use cards and there is a endless card which does the same or is better.
Please remove them, they dont serve a purpose and only clutter the UI or trap some beginners! 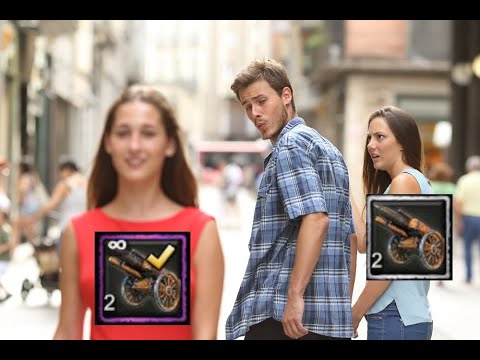 It is a relic of the past that had to be raised level in AOE3 to pick a card.

It doesn’t mean anything now, but I don’t think they need to touch it.

It’s better to remove them, less crowded cards to make decisions faster either being a pro or a newbie

Hello @CitingPepper233, thanks for your post and video. This issue is being tracked internally.

Or make these cards arrive faster

Good work, saw this the other day for the Aztec, its so dumb

This should also be done in pairing with a general overahaul of other useless cards, such as advanced mill/estate/market etc. (which are all included in the Land Grab card)

Or other cards which are not used at any level such as the “all your resource X is traded by resource x”.

They are used in treaty games and are pretty useful. I would also take a look at other cards that are not used at all. Every civ has a couple of cards that have never been used. Maybe you could change them in a similar way that you changed “Furrier” and the other resources cards. For example:

You use advanced mill and advanced estate in treaty? Why use these cards when you have land grab?

House of Bragança is a must have for ports, especially in Rush
Donatários is situational, but good in preparation for brazilian revolt.

Also covered wagon is not a bad card if you need a TC right away. Its situational but not bad

No, I meant the resource exchange cards (resource X is traded for resource Y) are used in treaty games. The other cards have no use.

I forgot House of Braganca was changed in DE so I retract that card from the list.

Donatarios is completely useless because Ports already get so many TC with the age ups.

Why send 1 Covered Wagon (which is worth 500 wood) when you can send 1000 wood and make 2 TC? It wouldn’t make any sense sending that card. If they changed it to 2 Covered Wagons then maybe it would be usable.

I wonder if they could buff the useless cards till they are considered useful. At the moment there is such a limited order people use for each civ. Its like there is this illusion of depth the game tries to sell but isnt really there. Why would i send anything but 3 villagers (if available)? I’d love it if there were a range of options for those first few cards that were all equally viable.

Also im surprised if there isnt a tracking system by the developers that can check which cards are used and which arnt. There is got to be some data with the tournaments at least.

I agree, it is best to remove redundant cards, specially ones that allo the player to “double dip” like 8 Pikes + 11 Pikes on the same Age.

Not only will it declutter the Deck Building screen, but it is an unecessary relic of the leveling system, which was a mistake to begin with.

Most “double dip” cards like 8 skirms, 7 skirms are really useful as they allow you to have a 2 unit ahipments and maintain pressure.

I use Donatários for a brazil revolt strat. True it is not the most useful card.

Completely agree with you there. Buffing or changing those cards is the way to go in my opinion. They should take a look at all those unused cards and see what they could do to make them better and more nuanced.

Yeah, I agree with Dac. The double dip cards are really useful in the case that you need to send more units if you already sent one of the cards.

Donatarios could be useful if it did something else as well but just adding +2 TC build limit is not enough to make it usable. The devs could get creative and buff these cards to add more depth to the game like Nikolie said.

Donatários would BE really good if they gave the 2 TCs with the build limit.
If you lost your TCs, then poof here’s 2. If not, continue booming with 2 more, or prepare for a Voluntários da pátria swarm

Dont think its possible with the current game code…

That’s a good idea. That would definitely make it a worthwhile card.

Advanced mill and estate could also have a gather rate boost, combine with sustainable argiculture or rum distilleries. At the moment Advanced mill and estate only get used in treaty, maybe, clearly not op. Having it as a stronger card with a boost just frees up deck space (1 card instead of 2) giving more options for different strategies.

Its not like if it halved mills cost and gave them a 20 % gather rate increase that it would be over used in a 1v1. It would be something used in team games but not likely in the first 5-10 cards since mills are so slow compared to hunts. Same thing goes for treaty games.
More radical would be halving the wood cost and giving the player a trickle (combine advanced mill and colbertism). Gives an initial bonus and one that pays off in the long run. Adding the trickle to a mill or estate might be abuseable (looking at you pre patch Inca)