Problem : After playing any round, the summary screen displays the most recent match, but after clicking on it it actually displays the last replay together with the recent replays mission data.

When loading the replay it also shows the previous replay.

The same happens when trying to load the most reccent replay from the profile replay history. 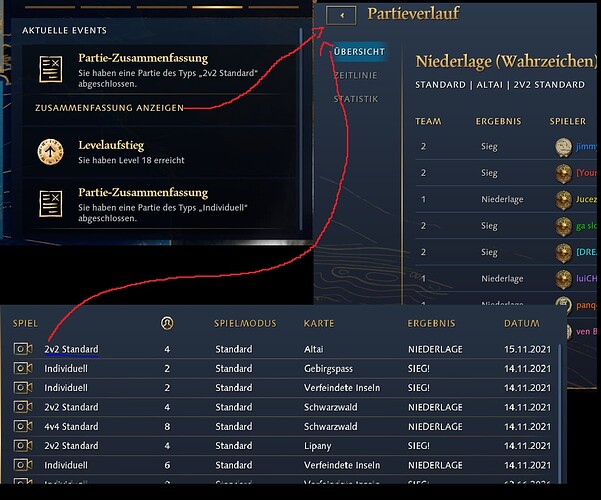 Reproduction : Play any game and load the replay data.

Workaround : In order to get the data of the current replay one would have to play another round to get the replay he wanted to watch.

Thanks @Nocturna6456! We’re aware and working on this one! Appreciate the report!

After the match I look at the replay and the last match is Abdadis x Abdadis.

We are aware…working on it. 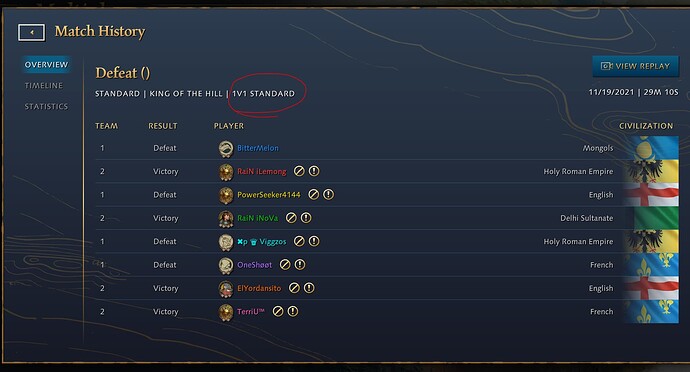 The problem went away when I restarted the game.

When clicking to replay the one game, it is replaying a different match.

Screen show one game, but when pressed to replay, a different match is replayed…

I wanted to replay this match, but instead a different match was replayed 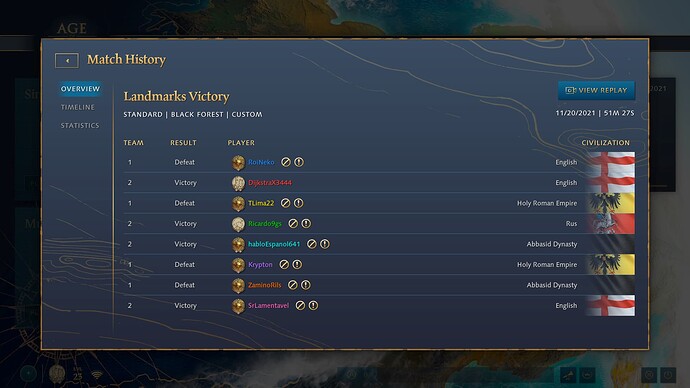 Just finished a 1v1 game and wanted to watch the replay.

But then noticed it showed the replay for 3v3 game I played and not 1v1. When I clicked the view replay button it showed the 3v3 game and not the correct 1v1 game. See screenshot.

This appears to be a bug with French as I notice lots of odd things happening post game with french, i.e. does not load age 3 and age 4 up times, incorrectly displays opponent monuments.

Think this has been reported elsewhere. It’s fixed with a game restart. Recent match history seems to bug out and show the wrong match till client is restarted.

yeah you’re right… a restart fixes it so far but the bug should be fixed that it should work immediately. It worked before

same happened, sometime i closed the game reopen it, then fixed. dont know whats going on.

Thanks all! Sorry you are running into this. We are aware and working on a fix.

Every time I want to watch a replay of a game I just completed, I can see the latter game in my history but when I play it, the replay belongs to an actual older game.

Restarting the game fixes the issue.

This is very consistent.

I also get this same problem, my last replays do not match the correct game, one option I found was to find my opponent or another player who was in the match and look at his last replay, that way I can see the correct replay, the problem said is that I always need to remember the nickname of a player from the match I want to view.

I have the same issue