Any replay from earlier builds (haven’t tried a new game with the latest build yet, so don’t know) will play for about 15 seconds, then display the “Finished Playing Replay” message and end.

The replay screenshot below is from a game that lasted around 1h50m. It ended after 15 seconds… 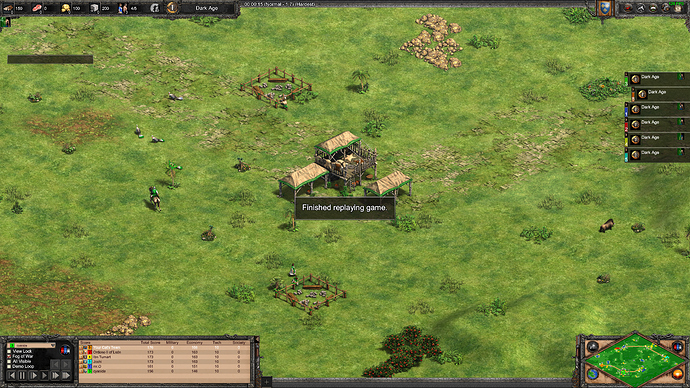 This has been happening since 34699 build.

This is happening for me as well. I get “Finished Playing Replay” after a few seconds of replay. Happens with every single replay. This is really annoying. Hope the devs fix this soon. 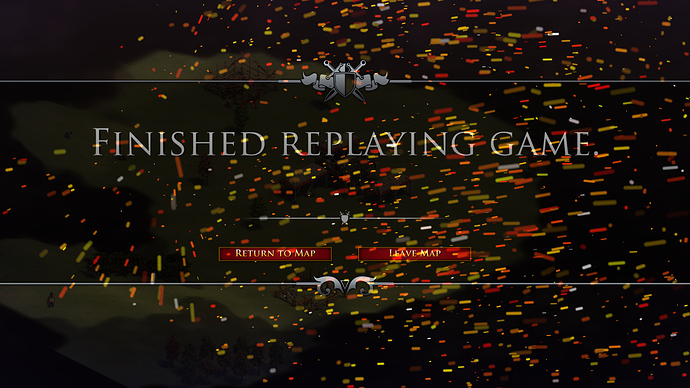 Could confirm this still happens on 35209

I don’t believe the developers are interested in fixing replay bugs. None of them have been acknowledged.

Well with enough support and community involvement we can draw their eye. I am sure the developers will get around to it, leaving the replay feature broken in its current state is not the best look to keep a nice healthy player base intact. I hope they fix it soon.

I too have been having the same problems it will need to be seen to. Youtubers like T90 official and Spirit of the Law ect. will not be able to make content from AOEII:DE replays if it is not fixed. I strongly support this bug being fixed as influences will struggle particularity with this one.

Your correct the Dev gonna have to take notice sooner or later bc there lose ther player base in the steaming community there goes there Free Advertising for the game which be very bad PR move on there part. So they better get it on that fix list soon.

I ask people who post on Reddit’s aoe2 sub to post here too. Not sure how many of them have. But lots of people have faced the same issues. Something as simple as the player-quitting replay bug should not exist for so long. I can understand new builds making replays incompatible since they’re changing things like path-finding or whatever. But it shouldn’t be difficult to keep older versions of the files and loading the appropriate versions of path-finding or whatever depending on whichever version the replay was recorded on.

With many recordings of ranked games I had this issue already: The replay stops way before the original game was finished. A few months ago I had some extreme cases where the replay would stop after less than 10 seconds. Today I experienced a case where the replay stopped after 13:42 in game time where the original game took 1:03:41 (I know that from a screenshot from the stat page after I played the game). The game was played before the last patch (on March 28). Maybe this is an issue that old replays don’t run on new patches anymore?

Patches ruin ability to view old replays. This has always been so in different AOE 2 versions.
If you want to watch old replay, you have to somehow downgrade your game version to the version, with which replay was recorded.

So each new patch makes all previous recordings useless. How can I downgrade to watch an old recording? It would be nice to offer a conversion software which converts an old recording into one which is playable by the current game version.

Try to investigate from Google how to downgrade games on your platform (Steam or Microsoft Store).

It is probably not possible to convert recording to newer patch because game has different rules and mechanics in newer version, which would make recorded game play out too differently.

This literally makes no sense. How about someone just change HOW games are recorded? It is also “probably” not possible to downgrade a game on those platforms.

It would also NOT play out any differently, because the game is a “recording”. NOT an acual game. Perhaps if someone invented time travel, it might be possible. However, for now, it is impossible to change something “that already happened”.

How about the developers, create a program, specifically for “replaying” recorded games?

Latest patch also has this issue, all my old games from a week ago are not playing anymore. After 15 minutes of gameplay I get the screenshot below. This is quite frustrating as replaying old games is an essential part of the AOE2 experience. Please fix this bug ASAP!!! 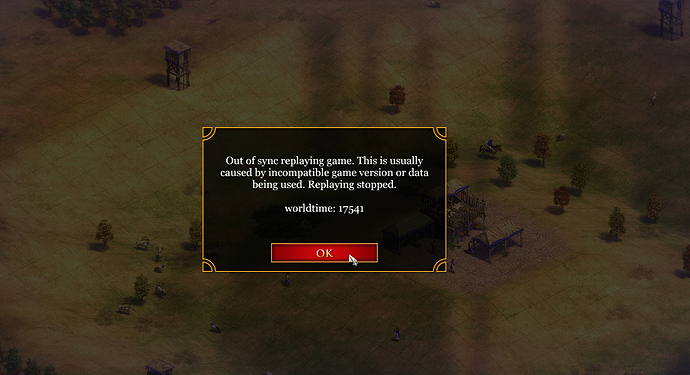 @GMEvangelos Seriously devs, you ignored this bug for over a year? 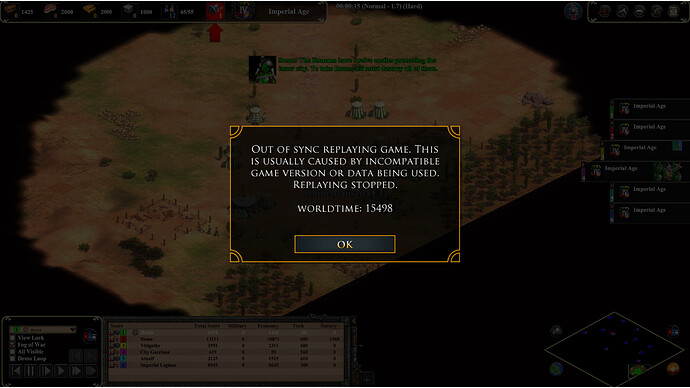 It’s not a bug, it’s not possible to watch replays of games played on older patches.

This is very annoying. I can watch a replay as long as I don’t close the game. Soon as it closes it says “finished” after a second or two sometimes sooner. What’s even more screwier is that you can watch recorded games fine through the spectate option. It’s the same damn thing really so why is the local files screwed up on peoples machines but it’s fine to replay over the net???