I have made a mod that adds an age III revolution to the Germans.
All works as intended, I can revolt and send its cards etc. However the revolt icon itself in the Town center remains faded out, its still clickable and the hotkey works… It just looks as if it doesnt? 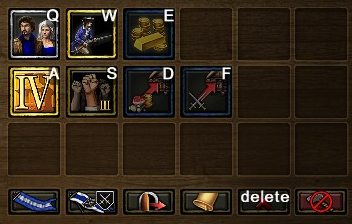 If anyone has a clue what could be wrong?

The mod can be found here if anyone wants to take a look at the files:
https://www.ageofempires.com/mods/details/126388/

I’m not sure, but it’s possible that you should put all the revolutions available in age 3 for this…

But maybe it’s a hardcoded feature. I don’t know.

And I don’t know if there is a way to replicate the feature of the Mexican revolution.

Maybe you should create a new button just for that.

Well it actually is a fully working revolution, its just that the button remains greyed out. I can still use it despite it appearing as if I couldnt.
Maybe it is hardcoded somewhere, or perhaps Im missing something very obvious. That wouldnt be the first time.