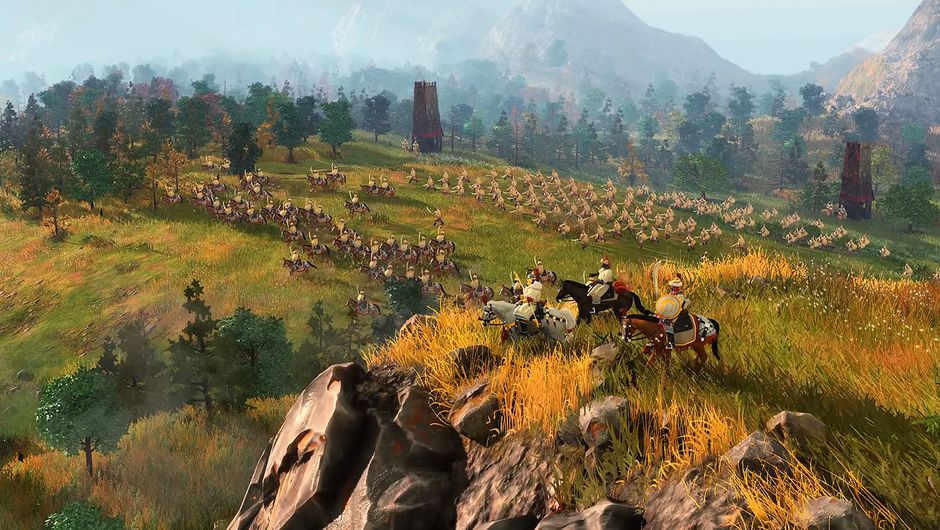 It looks like Age of Empires IV will not release in 2021, despite the earlier confirmation from the devs that the aim is to release the game in 2021. Q1 2022 release window looks more likely according to the latest rumours.

Maybe they’ve done that in the background. Hopefully at least. The Dawn of War 3 Beta was a proof that the game wasn’t ready and still partially is.

DOW3 had like 1 week beta prior to release lol.

Forgot that it was that short. Honestly, I haven’t touched Dawn of War 3 in months

What a dissapointment this game was.

entire thing reads like a best guess to me.

I think it will be released in 2021. It’s in development since 2016. That’s long enough to develop a good rts.

They were lacking developers. If you were looking at job listings they had quite important roles couple years after annoucement

If ever there was a time we need a new AOE RTS, this would be the time! Please let it be sooner rather than later.

I was expecting it by second half of 2021, so early 2022 still seems acceptable to me. Just release it polished, well optimised, and full of content please.

It’s not too early. The game officially started in production by Relic in 2016. I am pretty sure MS probably went to handful of RTS makers prior to 2016 with an AOE 4 idea, and they came up the concept and they selected Relic because they saw them fit. I know that because Halo Wars 2 went to Creative Assembly following a similar process.

Anyways, to me it feels a long time (if you take a look at how long it took them to make CoH and W40k masterpieces) and I can blame it on the size of Relic… they’re not that big especially after THQ debacle. However I do hope once all the Definitive editions are done, World’s Edge (an official dedicate AOE team) and some more Forgotten Empires people can jump on AoE4 development.

Regarding beta tests, I did hear Adam Isgreen and Shannon Loftis say in some interview that they do have internal AoE 4 tests and just very selected individuals are playing the game (I am pretty sure it’s those modders from Forgotten Empire campaign aka Forgotten Empires people, they know Age games well).
Overall I am OK with it being delayed so the quality can be improved, but I think it’s bit too much for an RTS game. Longer dev cycles are not too good either, because RTS players don’t even make that much of marketplace. Anyways, thank you.

Yeah, and I think that was if you preordered the game. That game killed the whole franchise. SEGA doesn’t know what it wants.

Dude where are your leaks and news?? You dig around the best news like this and keep track on people who’re involved in AOE 4. You’re the best leaker we have!

i wont “wait” that long, in that time i have forgotten all about AoE again… they can not release a video like that and not be any where close to releasing it.

all this sign-ups and sharing HW info and so on and be so far away from releas makes me feel i was a bit tricked in to it just to see that its ages left until release.

Do you think we will have news on Thursday?

I doubt that. We’ll probably have some AoE3DE news tho.

Prob there will be AoE3 DE but im not sure for AoE4.
For AoE4,i hope at least another cinematic trailer reveals another 2 civs.Or no video but a little info about civs/gameplay