Saracens need a buff and here is why:-the “Mameluke” is a good unit but it is so expansive that nobody even train it-the tech “Madrasah” is useless because you need to build a castle for it-from a religion perspective the Saracens represent Islam and the tech Madrasah is not comparable to the Teutons’s conversation resistance, so they should get a comparable bonus like “Heresy” so units die instead of change color

please reply with your ideas 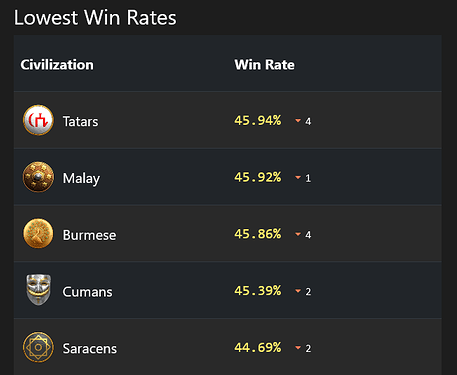 They need a buff but changing Madrasah is not the way to do it.

A 1000 gold tech for free is just overpowered.

Thank you for the photo

anything similar that is comparable to Teutons conversation resistance

I think we already have enough bonuses and UTs with that effect but a new monastery related bonus might be nice and maybe a siege bonus would be great as well.

A bonus that applies in the mid game is really what they need. 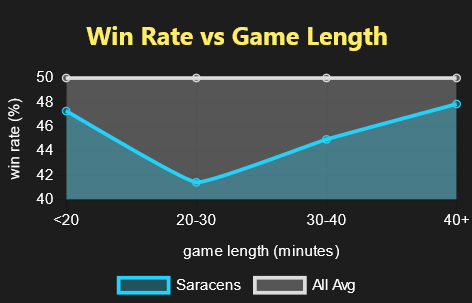 Edit: Giving them free siege engineers would be a great idea.

free siege engineers certainly would be an interesting one, but that usually only starts mattering at 40+, not before.
I’m not sure if that’s what saracens need, but I always found the bonus of cheaper barracks (100 wood) to be an interesting one in order to buff feudal agression, while also being a minor late game buff.

the first change i would do to saracens is to make their mamelukes cheaper, but frankly, given the relative low use of unique units in general i don’t think that will do much to make the civ better. beyond that i’m torn.
a small eco bonus for the early game could be helpful.

Do Mamelukes even have an advantage over camels against cavalry apart from the range?

“apart from range” range is a huge factor. Mamelukes have been discussed tons of times on this forum already. Let us please not dive into that in yet another thread, as MatCauthon already said: it wont change much about their winrate.

against cavalry? no. but then again, range is a huge advantage all on its own as is.

they are also better against almost every other non cavalry type of unit then camels are.

I often struggle to find a proper army composition in late castle and early imp if I’m not going full archers. I know they are one of the most versatile civs, but lacking a proper power unit makes it hard for me.

Their early agression is fine, the market bonus helps a lot when fighting in feudal while trying to go up to castle.

I know they are one of the most versatile civs, but lacking a proper power unit makes it hard for me.

Is turning the camel bonus into [Camel units +15/+30 hit points in castle/imperial age] too much? (And then rework madrasah)

considering this would mean that with zealotry their Mamelukes would have 160 HP? and their Heavy Camels would have 190?

I think people need to stop trying to turn Camels into some power unit - look at what it did to Indians.

considering this would mean that with zealotry their Mamelukes would have 160 HP? and their Heavy Camels would have 190?

Sorry, I mixed madrasah and zealotry. I was talking about reworking zealotry so FU camels would keep the same HP they have now.

After I read a lot of ideas and many suggestions.
I came to the conclusion:
Mameluke range is not the problem because more range = OP, less range = very weak
Making Mameluke cheaper is the best option I see. as the graphic show they need mid-game buff also.

Saracens are deadly from mid castle age. It’s okey for them to be kinda weak in early game. Camels + xbows is doable in caslte age and extremely difficult to fight to. And they get bonuses for the 2 units.

You mean relying on the market till imp? If yes, is that not hard?

The saracens are strong, their main problem is that their market bonus is difficult to use for non experts players.

Despite that, I agree that madrasah and the mameluke are too situational and borderline useless, and that bugs me too.

I think that madrasah could have a second effect, like monasteries works 100% faster, effectively halving all training and researching times.

Not a big deal, but at least it makes their monastery more efficient in the late game, which is useful when you a are facing a civ with strong units like SO.

As for the mamelukes, I would decrease the gold cost to 75. Even 80g at first, and then further decrease it if necessary.

Another minor buff, could be to further decrease the cost of zealotry. The recent change was good, but now it’s basically a glorified bloodlines that affects just 2 units and needs a castle.

It is on the level of other Imperial UT, but for what it gives it cost too much in my opinion.

I fully agree with you

Not sure if the UU is the reason why the civ is weak. I mean, there are other civs that are strong but their UU’s don’t often appear in Games (e.g. Lithuanians or Huns). The UU for Saracens is particularly hard to fix, because FU Saracen Heavy Camels are already excellent at dealing with cavalry, but don’t need Castles to be produced. Of course if someone has a good idea to make the mameluke a spotlight of the civ I’m all for it