Good evening, dear developers. Why descriptions of scenarios aren’t translated into all languages? Are you too lazy to allocate extra lines for this? 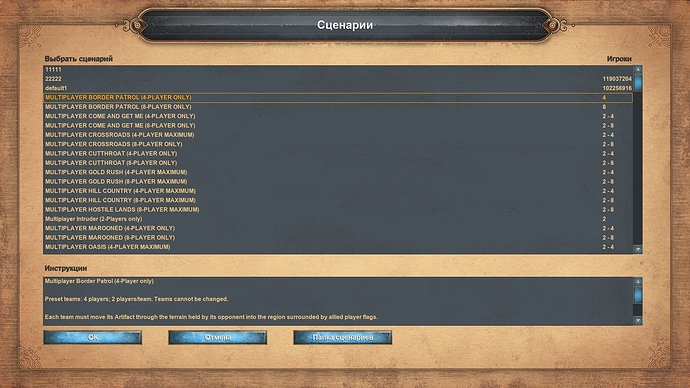 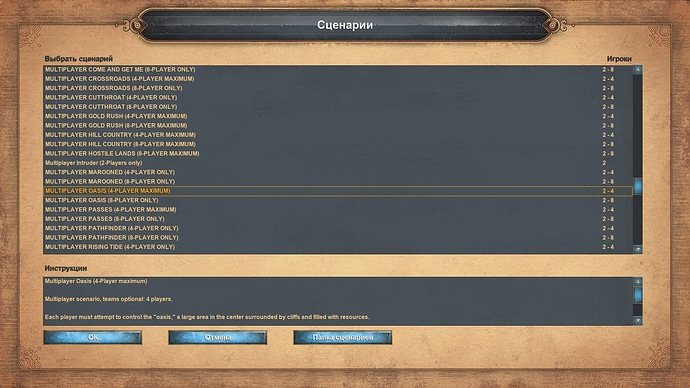 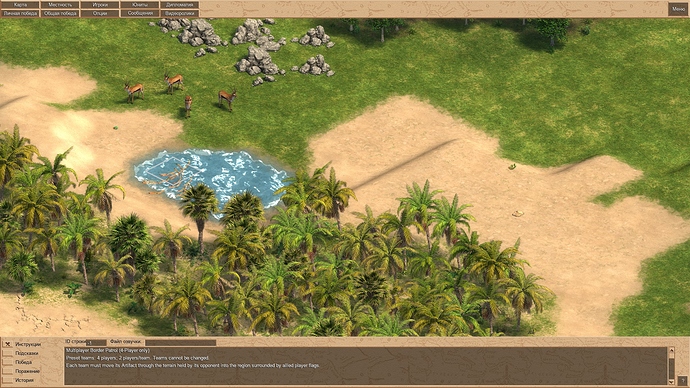 PS as you can see, in Russian translation, the phrase “ID строки” is superimposed on the ID itself. Please allocate more space for keywords)

I think custom scenarios can only have ONE original text, hence it wouldn’t be possible to translate them. It’s not like in the campaign senarios, which work with a separate strings file for each language.

I think custom scenarios can only have ONE original text, hence it wouldn’t be possible to translate them.

It’s a game limitation, I believe. Normal to happen, also in other games such as classic WarCraft 3 (not Reforged), which only supported one original text for their custom map descriptions.

ID is the string number, meaning the description can be changed via lines) 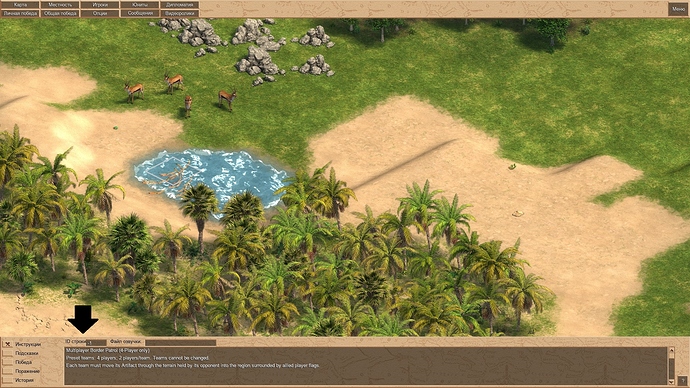 In this case, the ID is not used, so its value is -1, and where it is used, the ID takes the value of the string to output)

So you are wrong)

If players want to use these maps for multiplayer games, they have to share the same file, so I think it makes sense that there is no translation for these scenarios.

You probably don’t know this translation system. In General, translation into different languages is done as follows:

In this case, ID = -1, that is, the translation does not refer to any string in the strings file, but the description is written in one language (what is written in the window itself under the phrase “ID строки”. So you can just add an ID for each description and everything will be fine)

But the file is still one)