The “Set your Diplomacy to Ally” hint was on the 2nd day countdown, had an Age of Empires II background art, and is an Aoe II original taunt. Therefore, the hint relates to the Age II announcement surely.

It reflects a taunt the old AI’s use to say in diplomacy games where 1 AI would be the ‘Liar’ and ask to be your friend at the start of the game, only to betray you later on.

Does “Set your Diplomacy to Ally” hint for aoe II imply some sort of AI overhaul for Age of Empires II. i.e. some sort of new complex deep-learning related complex AI that learns off your particular playstyle or something new - I know they talked about implementing AI learning in Age 4, something that’s never been done in an RTS before. And it seems likely that such tech might get ported to a more popular game (aoe 2) for bug and play testing before release - much like how the Multiplayer Server stuff has been refined throughout Age II and II DE as its actually the system designed for Age 4.

Anyone else got a better theory on what “Set your Diplomacy to Ally” means? 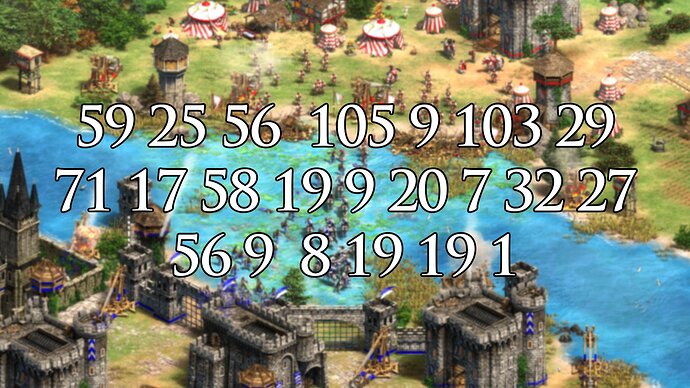 II DAYS LEFT until the #AgeOfEmpires FAN PREVIEW! 🙌 Gather your friends and spam 14; the game is about to start! What's coming to brighten the dark ages of Age of Empires II: DE? Find out on April 10! [https://t.co/h2RrqbX9vB]

If you translate the number to taunts, and pick the first letter of each taunt, the result is “set your diplomacy to ally”.

There are two main speculations: a diplomacy mode in ranked, or co-op campaigns. Given that the picture suggest campaign, I think it would be the second one. But your theory about learning AI sounds interesting

(I dont know why, but my previous post about this topic was erased… and it is not the first time something happens when I post a link. Am i cursed?)

There is no link to make it the second theory lol

I love everyone here! cheers to everyone who is going to buy AOE 4.