Bro are you aware of hit and run micro with archers or not?

You clearly aren’t? You don’t focus fire, you use Attack Move. Watch the video please.

allowing all other Shrivamshas to close in and take them out.

Bro are you aware of focus fire and run micro with archers or not?

I’m getting the feeling that you are just trying to troll at this point, what have I been explaining to you in detail my last couple of posts?

Yeah Shrivamsha need that, without even that… and Shrivamsha are just Light Cav if you’re paying attention to your crossbows

By the way, with the nature of the dodging mechanic, Shrivamsha will be much stronger against Gunpowder UU, or probably even Genoese.

By the way, here is another video for you about Attack Move micro (instead of focus firing), in case you didn’t want to watch the first. Quick Tip #1: Attack Move Archer Micro [Age of Empires 2] [ES SUBS] - YouTube

By the way, here is another video for you about Attack Move micro (instead of focus firing), in case you didn’t want to watch the first.

I’m moreso just waiting on a second video by Spirit of the Law, since he didn’t do anything indepth in his example. He’ll likely do better tests later, since this comparison is something he’d be interested in.

Are you kidding me? See the performance for yourself

You know focus-firing with large groups leads to overkill, right? Which is why after a certain mass (numbers dependent on the enemy and the opponent) you want to stop micro-managing, as your human incapability to assign lethal damage and mitigate overkill consistently becomes more and more costly.

From the game, admitelly i forgot to put the triggers for the feudal upgrades 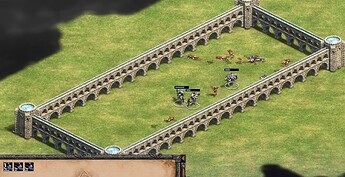 Also to add a factor: The shield eats five shoots regardless of how much damage the enemy those to those shoots, and it regenerates very fast. Shrivamsha will do better against high damage units like conquistadors, janissaries, or even bombard towers since they can straight up negate the damage altogether. On paper they should also do better against Genovese xbows and mamelukes, could also counter kamayuks and steppies depending of how the game does that 1 range

It’s Mike again. But I looked into this video for a reason:
Fist it looks indeed the elite shrivamsha has insane speed, more than the non-elite variant.
Second it looks it has a charge of 10 (or something like that) compared to the 5 of the non-elite.

In conjecture with that unique tech of Gurjaras the elite Shrivamsha is indeed a very strong unit. It is also not bad in melee.

What I conclude from that is that devs maybe wanted to make it a very strong lategame cav unit, optimized for lategame raids.

But imo the Gurjaras don’t need that cause they already have super cheap hussars. They also have really strong camels to fight other civs cavalry effectively, especially hussars.
What Gurjaras need in the midgame is units that replaces the 2 main utilities of knights: A) A really strong raiding unit, B) A unit that forces the archer player to merge their troops with spears. The problem ofc is that if you make a unit that is good for both you will actually end up with a knight so… I would specify the Shrivamsha on one of that (And I think it should be the role vs archers) and give them a raiding unit like the steppe lancer.

The reason why I say this is cause I think they likely tested the shrivamsha like mike in castle age and came to the conclusion it would be good against archers. But it wont, cause it will die to attack move micro basically the same as light cav. And it also has comparable high food cost.
The situation we see in the test of mike basically never occurs against a skilled archer player where the archers target like 5-10 different targets at once. Especially against that shrivamsha riders the archer players will be even more cautiour to fokus fire them down.
And don’t forget the FU elite shrivamshas are significantly bettter in baiscally every aspect than the castle age variant.

In conjecture with that unique tech of Gurjaras the elite Shrivamsha is indeed a very strong unit.

The shield eats five shoots regardless of how much damage the enemy those to those shoots, and it regenerates very fast. Shrivamsha will do better against high damage units like conquistadors, janissaries, or even bombard towers since they can straight up negate the damage altogether. On paper they should also do better against Genovese xbows and mamelukes, could also counter kamayuks and steppies depending of how the game does that 1 range

I’m excited to try this unit out. It most likely is the best Cavalry unit for dealing with Archers, Gunpowder and Siege.

Also, a point about Attack Move micro, the units seem lightning-fast, so Attack Move is probably going to be less effective too, as they will be able to surround units much easier. Knights in those Attack Move videos are clunky with pathfinding, but much faster speed will alleviate that to some extent. Attack Move also has the units attack enemy units closest to them, so you’re more likely to be forced to focus fire micro instead, which however leads to very high overkill and thus somewhat useless army.

I’m sure we’ll see how they really will be in the coming weeks, but right now the units (likely even in castle age, if you’re Turks - good luck!) seem especially oppressively strong against gunpowder except Organ Guns. Kipchaks will likely fare better too due to being fast and having multiple projectiles.

MikeEmpires’s video also confirmed that Kamayuks (and probably Steppe Lancers) aren’t affected by the dodge mechanic, with how Kamayuks mowed them down.

MikeEmpires’s video also confirmed that Kamayuks (and probably Steppe Lancers) aren’t affected by the dodge mechanic, with how Kamayuks mowed them down.

I think it’s just coded to only activate for projectiles. If you increased Kamayuk’s range (similarly to the AoE4 Spearman bug?) they would still bypass the dodge.

I suppose one niche case of where they might see a lot of use, is raiding through Bombard Tower defenses in closed maps. Because Bombard Cannons have basically no effect on them, neither should Bombard Towers. This is one niche area where they’ll have an advantage over their otherwise great Hussars.

What? Look at this …
vs small group of Crossbows they dont perform any better than plain old Light Cavalry (which, in case you didn’t know, cost 0 = ZERO gold) 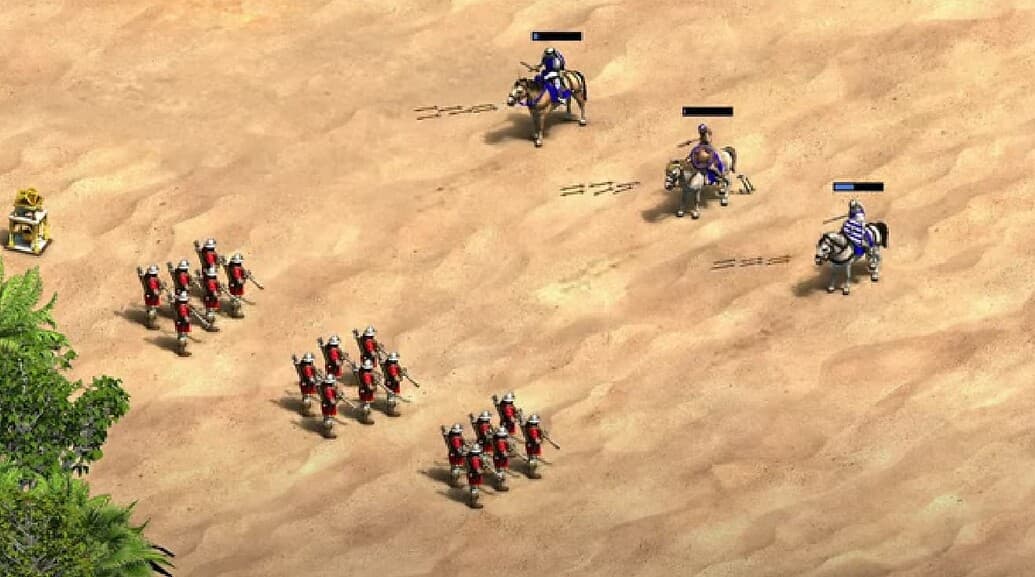 Probably your understanding of game lacks awkardly also…U never know do you ? Lets check this out.

Maybe you can understand how awkwardly broken this unit is.

Yeah totally broken…
At this stage of the game you can spam 60 F Hussars that basically perform the same with no gold cost.
And the no-micro tests of Mike are extremely flawed and let shrivamshas look way better than they actually are. Cause evry little bit of ranged micro will make the most difference against this unit, even more than against literally any other unit in the game.

(Besides that the elite upgrade seems to be very strong: extra HP, faster movement, more Dodges (and regeneration))

Probably your understanding of game lacks

You absolutely didn’t need to put it like that, where did I provoke you?
Anyway, coming to the actual point at hand, that test doesnt feature FOCUS FIRING. Which this entire thread was all about.
Please read the thread before you make any statements like that, this thread is made precisely for the point that Shrivamsha Riders are no better then LCav if the archers are focus fired, as proven by this picture: